I’m sure all of you remember the first half of my highly acclaimed “Greatest Albums of All Time.” It was a time in which quoting Drake was still new and neat. It was a time in which jobs security wasn’t even on the horizon and a time in which a capstone project loomed like dark clouds over Dorthy’s house. It was…two years ago. I didn’t even know my wife when I wrote most of this article. Wow.

Point being, I now bring you the highly anticipated second and final installment of…

The Greatest Albums of All Time

But really, this is a list of my favorite albums of all time. Okay, so it’s a misleading title, so sue me. It’s not simply that they’re just sappy, nostalgic albums to me–in fact, they’re all musically great–but each does have special meaning to me personally. I love music, and each of these albums has had a direct impact on my life. Whether it has been therapy, intellectually stimulating, musically influential, or just good music, these albums have both absorbed and accented thousands of hours of my life. And these are the highlights…

Included are the band, the album, a link to the album as well as a brief description as to why this album made the list…Enjoy!

26.) Rage Against the Machine – Battle of Los Angeles – I believe most of my freshman and sophomore years in high school were spent listening to this album. When I first put the CD into my stereo, it blew my mind. Sounds I’d never heard before filled my ears and my brain melted with joy and curiosity. And that was the day I fell in love with Tom Morello.
27.) Dave Matthews Band – Busted Stuff – I remember when this album first came out (early-high school for me) and I felt so mature to like Dave Matthews, primarily because my big brother liked ’em. I still do appreciate some good ol’ DMB, but this album is just so freaking solid. Can’t get enough of it. Not one skippable track included. 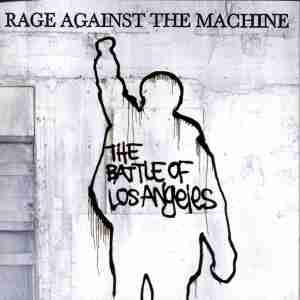 28.) Beastie Boys – License to Ill – You can’t go on a camping/road trip with my brother and I without enduring one of our classic Helmsmen a capella versions of “Paul Revere”. It’s the greatest song ever…sung…by us…repeatedly. Overall though, this album probably shaped my view of music (especially White boy rap), more than any other album in middle school.
29.) Weezer  – The Green Album – I still remember the day “Hash Pipe” hit TRL and I hated life. Then “Island In The Sun” came out and I almost boycotted Weezer (along with 90% of their fans). Then we realized Weezer wasn’t going back to the styles we’d grown accustomed to (those good ol’ Pinkerton/Blue Album sounds), and we learned to enjoy this album…eventually. Now (especially compared the last last three albums…yikes), I fully embrace this album and it’s still one of my all time favorites.
30.) Death Cab For Cutie – Plans – What can I say? From eerily nostalgic thought-provoking ballads-like “Brothers On A Hotel Bed” and tear-jerking “What Sarah Said” and even to the catchier stuff like “Soul Meets Body” and “I Will Follow You Into The Dark”, this album has just about everything. And it’s all good. All. Good. Every track.
31.) Weezer – Pinkerton – Like I said, this is the music we (most long-time Weezer fans) think of when they think fondly upon their band. This album has continually been in my top-5 list for over ten years. And about three years ago, it got even better when on a long road trip by myself I realized that the entire album could be seen as one, chronologically-ordered story of Rivers Cuomo’s love life. Seriously. Each track is mind-blowing, but the entire thing gets that much better if you listen to the whole thing straight through. Each track leads into the next, not seamlessly (i.e. Thrice’s “Artist in the Ambulance” or Pink Floyd’s “Dark Side…“), but very obviously at times. It’s amazing and a true work of art. 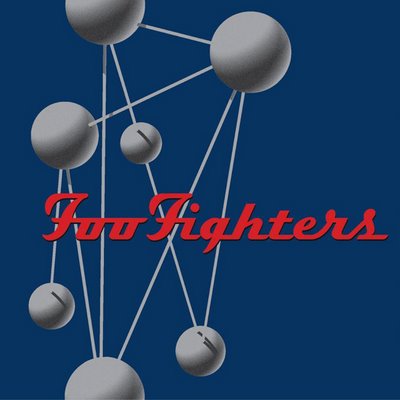 32.) Foo Fighters – The Colour And The Shape – You’ll be hard pressed to not see this on anyone’s best albums of the ‘9os list, and the same goes for me. It was the Foo Fighters’ first real album (not just Dave), it had 42 singles on it, several songs bring tears to my eyes and ever song still reminds me of being 11 years old and trying to fall asleep at my dad’s new house in North Carolina while borrowing Jason’s discman and listening to this album on repeat. Freaking A.
33.) Tenacious D – The Pick of Destiny – From the hilarious mind of Jack Black and the amazing shredding skills of Kyle Gas, TD’s Pick of Destiny is a life-altering experience. It’ll melt your face and make you laugh. It’ll always remind me of singing the (sometimes) obscene lyrics of PoD in the streets of Danang, Vietnam with my great friend, Eric Clark. Amazing times.
34.) Dr. Dre – 2001 – I remember when Jeremy Sweet first game me this album when I was in 9th grade. It was scandalous and obscene and I could get in trouble for even listening to it and I loved it. It was during one of my (many) rebellious stages in my youth and I was shocked at the lyrics…and frankly still am. Either way, it had a profound impact on my view of art and music and ignited a passion for a rap, R&B, and making beats. Yes, I know that sounds nerdy.
35.) Brave Saint Saturn – So Far From Home – I remember I had a huge crush on my math teacher during my junior year in high school. She was young and cute and nice and well, that’s about all I needed. Then one day during study hall she put this CD in the stereo. I started quoting “Shadow Of Def” and I still remember the smile on her face as she started rapping it back to me. It may just be the singular best moment in the history of study hall.
36.) Good Charlotte – (self-titled) – Nick O’Ryon, Jessica Newman, Andrew Capra, and CoRri Albouy-Vaughan. This is my adolescence…and then they started making terrible, terrible music.
37.) Switchfoot – The Beautiful Letdown – When this album first came out, my friends and I would see Switchfoot at the local small clubs, theaters around the Bay Area. The following year, after “Meant to Live” was on TRL, we paid 4 times as much to see them at the Fillmore in SF. This album as by far the most definitive jump in their popularity, and as much as it pains me to say I like their “poppy” album…I kinda love it. Not my favorite Switchfoot album, but it’s still a solid mix of music. Well played, Foremans. Well played. 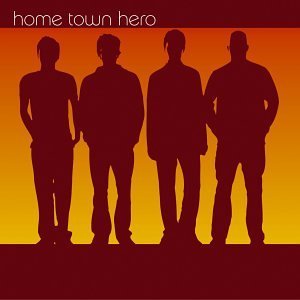 38.) Ratatat – Classics – I want to say that this album was life-changing…but it wasn’t. But hey, if you haven’t heard of this album already, you have now. Go listen to it. I guarantee you’ll love it.
39.) Hometown Hero – (self-titled) – I still don’t know if this band exists. I know the album has it’s own Amazon page…but as far as a website? No idea. Can’t find ’em anywhere, and I’ve been looking since 2003. No joke. I still love this album, but I’m at a loss for words as to how to describe how confused I am as it’s existence.
40.) The Killers – Hot Fuss – Don’t you judge me, you judger. This album’s awesome.
41.) Muse – Absolution – I just remember blasting this from my Sony boombox in my freshman dorm room and melting the faces of the guys on my floor as soon as they heard anything from this album.
42.) Relient K – Mmhmm – Just checked. I have over 166 Relient K tracks in my iTunes. It’s really them, Dispatch, Thrice and then everybody else as far as I’m concerned. Tyler. Sean. CoRri. Nick. This album just reminds me of awesome people. Mmhmm.
43.) Sublime – (self-titled) – This too was during a rebellious time in my life. It was a time in which every few weeks I would drive down to SoCal (form the Bay) to see my big brother and subsequently fell in love with Los Angeles. I will always connect this album with fond memories with friends and family in South-Central LA.
44.) System of a Down – Toxicity – This album, while maybe not the most accessible, eclectic album ever made, will always remind of two great memories: 1) Driving down to SoCal from Marin County with my great friend, David Higgins after a long, involved ordeal…long story, and 2) Playing “Chop Suey” with my brother at Christmas breaks while he was back from college when I was still learning how to play drums. Good times indeed. 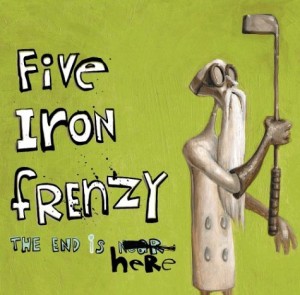 45.) Brand New – Deja Entendu – Just a solid album. I used to think I loved Brand New a lot, but it really is just this album that I love. There a few good songs on other albums that I definitely appreciate, but this entire album is just full of great music.
46.) Five Iron Frenzy – The End is Here – Another one of my top five favorite bands of all time, Five Iron Frenzy will always be a part of my musical influences, experiences and, well, worldview. From the amazingly exhausting Spirit West Coast music festivals and Hayward church concerts with Relient K to the road trips with Emily, this music is the soundtrack to more than half of my life.
47.) Dustin Kensrue – Please Come Home – Damn, I love this album so much and have turned a lot of people onto this album. It’s so good on a lot of levels. It’s light but intense, acoustic but full of sound, soft but very intense. It’s one of my top 10 albums of all time and my wife and I love it so much that danced to “Pistol” for the first dance at our wedding. Definitely a Helms family favorite for the rest of our lives.
48.) Garden State – (soundtrack) – I feel kinda like this one’s a little cheating…however I just love this album. Definitely listened to it continuously during sophomore and junior years of college. Some good background/homework music here too. Probably not the best reason to be on this list, but it also reminds me of Tyler Weaver, my junior year roommate, and we had some grand times with this as our soundtrack.
49.) The Get Up Kids – Eudora – Can sing (scream) every word of this album…and often do on road trips. One of those albums that’s just a part of my DNA at this point. Much abridged to Sir Jason Helms to turning me onto this album.
50.) Coldplay – X & Y -Biggest memory of this commercially great album: the whiny, reverbed guitar intro

*Here are a few albums that, while great, I either: A) Didn’t love every single song on the album, or B) Was a great album objectively (whatever that means), but I personally just didn’t connect with it as much as the top 50 for some reason. Enjoy! 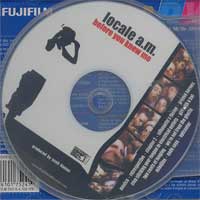