And Other Beer Matters (part 2)

Beer. It’s the third most consumed beverage in the world (after water and tea).

It’s widely talked about, written about and even sung about. However, it is easy to argue that beer is most enjoyable when consumed. 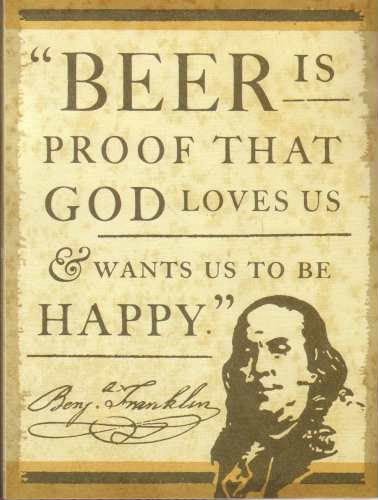 If you’ve known me the last few years, you may have figured out by now that I like beer. From the everyday pale ales, hefeweizens, stouts, porters, and lagers to the special occasion IPAs, trippels, imperial stouts, winter warmers, and even onto the more fringe, snobbier beers like sours, bretts and saisons. And for bonus points, if you’ve heard of Pliny the Elder, Founders’ KBS, 120 Minute, Beatification, or (my personal wintery favorite) Deschutes’ Abyss, then you’re a man/woman after my own heart.

Point being: I like beer. Good. Bad. Cheap. Snobby. I believe there’s a time and place for all of ’em.

However, it hasn’t always been this way. Like most people, there was a time when I didn’t imbibe the sacred nectar. However, when the majority of the cool kids in high school were drinking at parties (heck, even the nerds were stealing sips of their parents wine), I was soberly enjoying the teetotaling lifestyle. And even for others it is after high school in which they partake in the consuming of alcoholic beverages, but not I. And then even for others, their twenty-first birthday becomes a sort of rite of passage into complete adulthood; when previously they could only buy cigarettes, play the lottery, and fight in the military, now they can do all three completely blitzed beyond all recognition.

On my twenty-first, I went to a pizza place with a few of my friends. I drank diet coke and had a meat-lovers. It was delicious. Sober as a priest on Sunday.¹

But it wasn’t until the summer after my 23rd birthday that I decided once and for all to tackle the drinking dragon head-on. I heard years ago from a member of AA, that one out of ten people are alcoholics from birth but they don’t realize it until they have their first sip. According to him, as soon as that occurs, it is an almost constant struggle the rest of their lives. While this might be an extreme, it is still something I have no doubt that man struggled with his entire life and to him it was a very genuine truth. And I still think about this quite often.

You see, alcoholism runs in my family pretty deeply on both sides. It’s broken too many families of friends and relatives to be something to scoff at or take on frivolously. I knew if I were to ever even have a sip of it, I knew I had to have a pretty solid game plan.

My brother and I were in North Carolina visiting our dad, a rather savvy wine connoisseur, and since I was 15 he’d been offering me sips of his wine at dinner. I figured, because I was with my family, I would start with just one drink. I also knew that because I didn’t really know anything about wine or beer anyway, it’s not like I would suddenly develop an addiction and start going out to bars and liquor stores and buying a product I knew nothing about. So, that night I had one glass. I didn’t feel drunk. I didn’t even feel buzzed. Frankly, I didn’t like it too much either. It was a little anticlimactic.

The next day, I took a day off to see if I had an insatiable desire for the devil’s brew. As you might have guess, I did not. It felt pretty much the same as the day before.²

The day after that, I had two drinks. I was shocking to my brother. Again though, I didn’t really feel much of anything. It was glorious.

The following week I had a beer with my roommates. They were shocked as well. It was a whole new world.

So, because of my new-found vice, and because it has the propensity to destroy people’s lives, I figured it’d be a good idea to write a few rules down for myself regarding the ol’ giggle juice.

Rule #1: Don’t drink alone. I knew that while I could definitely be an alcoholic by just drinking a lot
with my buddies who enjoyed their libations, I was a much clearer red flag if I were to find myself sitting
in a dark room putting away glass after glass. This wasn’t too difficult of a rule either, especially because
most 20-somethings enjoy drinking whenever their out and about. I’m rarely tempted to have a drink
when I’m by myself.

Rule #2: Don’t drink when sad/angry. This one seems kinda obvious, but I figured seeking out an
alcoholic beverage whilst in the midst of a depressive state probably isn’t the most beneficial thing for me.
Point of this one: Drinking shouldn’t be a form of consolation or or self-therapy.

Rule #3: Don’t drink to get drunk. I’m not going to say I’ve never been drunk, but it’s still important
to me not to drink with the aim of getting drunk. Obviously, I’m the only one who can know my true
intentions when drinking, but I want to drink because I like taste of the beverage, and not as a form of
self-medication.

Rule #4: Drink because you like the taste. This one was tough because most people (including me)
don’t like the taste of most drinks the first few times. I admit, that while I didn’t like wine/beer the first
few times, I pushed through and now enjoy the taste of each very much.³

Okay, so where does that leave us? Ah yes, I was enjoying the drinking of beer a bit more, but was enjoy it responsibly.

A year or so later, I moved to Portland for a job opportunity. It was here that I discovered the pervasive passion and love of both craft and home brewing.

It was October of 2010 and I began Googling things like “how to make beer” and “what is homebrewing”. Videos like this and this kept popping up and my passion grew. What I didn’t realize was that my brother’s excitement and knowledge of brewmaking was also growing at this point. We started sharing our thoughts on the subject, but I never really thought much would come of it honestly.4

However, when I showed up at his house in Lexington, Kentucky for Thanksgiving, he was well on his way to being a brewmaster. He had already been doing his homework at the local Liquor Barn and had purchased his homebrewing starter kit. We brewed a delicious pumpkin ale that weekend and the following week I invested in my very own homebrewery as well. It was less than $100 for the equipment and the first brew: Fresh Cab Porter.  A week later I bottled that sucker and two weeks after that I discovered that brewing isn’t as easy as throwing in some sugar and yeast into a pot. It was…drinkable. Not as delicious as I’d hoped, but it was good enough to give me hope. The next beer I brewed was a chocolate stout (McBaggins Stout). It wasn’t terrible…more drinkable than the first brew. Again, just good enough to give me a little more hope.

The next brew was our fantasy football league beer (BAMF beer). It was a vanilla weizen (a sweet hefeweizen). This beer was perfect. I let it ferment for about 2 months so when I bottled it there was barely any yeast in the bottom. First and only homebrew I’ve been able to drink straight from the bottle. And not only did I love it, but my friends and family loved it too! Damn. This beer ruined me. This beer gave me hope of someday becoming a brewmaster at a local brewpub or even starting my own microbrewery someday. It was bad.

So, now what? Well, I keep on making the good stuff and continue to dish it out to anyone (any non-student) over the age of 21 I know who will drink it.

I think that’s about it… I like beer. I drink beer. I make beer.

And for now, I think that’s about as good as it gets, which isn’t too bad.

Buy hey, if you ever want to go into business making, drinking or liking beer, just give me a call.

¹ Okay, not the priests I know personally, but the priests that I think of in stories and metaphors who never drink, ever. Especially on God’s day.
² Now, this isn’t to say that all people would have the same reaction I did. I strongly believe that there are people would have a very hard time having their first drink and not wanting another one soon after.
³ Please note that I have broken one or two of these rules before. However, never have they been broken on a consistent basis or without a good friend/family member having knowledge. Accountabilibuddies are great to have around.
4 Kind of like our shared passion for motorcycles, even though both of us barely know how to ride…damn.

Here’s a top 10 list of my favorite beers of the moment (order dependent on season and day of the week): 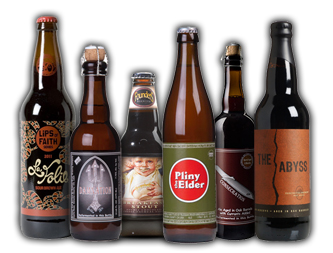 2 thoughts on “And Other Beer Matters (part 2)”