We Like Sports (And We Don’t Care Who Knows)

When I was a kid, I only saw my dad about once a month when he’d come pick up my brother, Jason, and I and take us out to Feng Nian or Round Table Pizza. He’d talk to us about our grades, what he thought we should do with our lives, and whatever else kids talk about. Most of the conversation was taken up with crazy stories from my dad’s past which included motorcycling racing, stolen cars, ironman competitions, triathlons, ultra-marathons, attending Super Bowls, doing a bit of prison time, getting out of the military a year early, dominating medical school, traveling around the world, hanging out with celebrities, and of course there were a few beautiful women along the way. 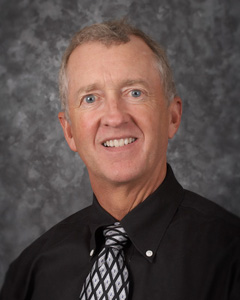 As my brother and I grew up, we started bonding with our dad in different ways. Something that my brother and I didn’t really share in common (until recently) was a love of sports. My brother was always the more intellectual, book-smart kid while I was more of the athletic, jock of the family.

In elementary school, I loved playing dodgeball at recess. I loved the fact that I could get out of the stuffy classroom for a little while. I loved that I could run around and around as fast as I could until I was all sweaty and exhausted. And I loved the competitive nature that pitted one half of the class against the other half and made mortal enemies out of the best of friends–for just 25 life-long minutes.

I loved the compartmentalization of the whole thing. It was amazing to me that one day you could try your best, working your hardest and getting so pumped up and passionate about getting one kid out, but then the very next day he could be on your team and you’d be friends again. Heck, even as soon as that one round ended, you went right back to being friends again. That, to me, was an amazing facet of competitive sports that I don’t think very clearly translates past high school (even intramural sports at most colleges don’t capture that very well).

Where was I? Ah yes, sports. While I occasionally had a hard time connecting with my dad, I always felt a special connection with him when it came to athletics. Plus, the more he connected with my brother regarding academics, medicine, or literary pursuits, I felt even more inclined (almost pressured) to pursue athletics even further, in order to remain as close to him as Jason.

When my dad moved to the East Coast–when I was about 10 years old–he started teaching my brother and I how to lift weights, which we always did in his home gym during our visits. He’d take us along on his exhausting 4-6 mile runs (or at least for the first mile or two), and he take us to Duke basketball games each year as well, as he had season tickets each year.

And while this started in my life as a simple enjoyment of dodgeball and playing pickup basketball games at school, and was then spurred on by the simple approval and common interest of my father, it eventually turned into–and sometimes still is to this day–a lifestyle, an obsession, and a way of connecting my way of thinking to the rest of the world’s. Sounds a bit dramatic, but there have definitely been times in my life where I felt the most me-like when I was participating in athletic competition. (Since then, I’ve gotten out of shape, lost most of my athletic skill, found many other passions I can delve into, figured out several other–healthier–ways in which to communicate and connect with others, and have found an enjoyment for simply watching sports.) 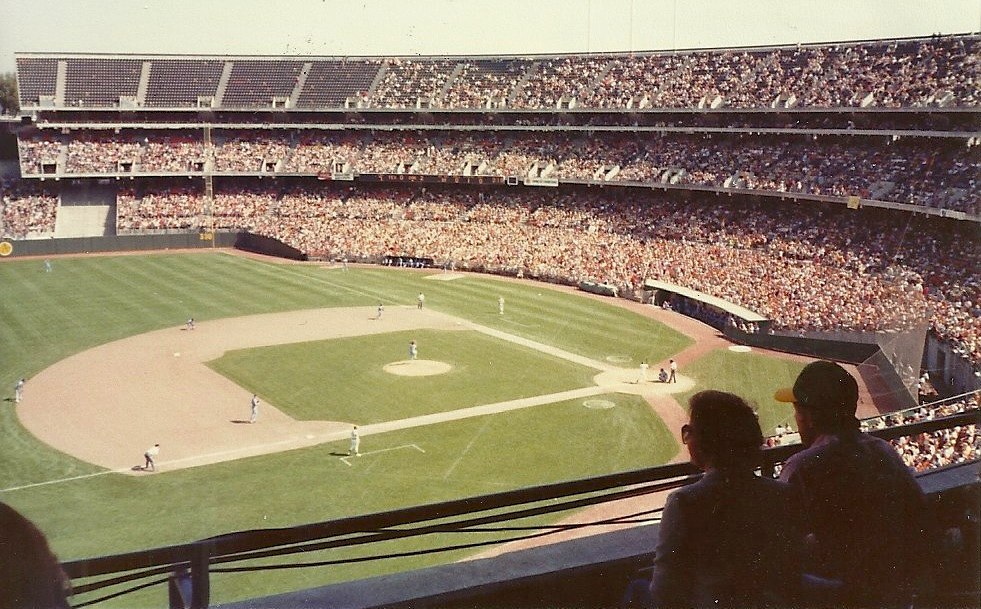 I played basketball and baseball in junior high, pretty much year-round. In high school I added cross country to the mix to stay in shape during the other sports’ off-seasons. When I wasn’t playing sports, I was watching sports, fully immersing myself into the very core of what I thought those sports were about: dedication.

Growing up in the Bay Area, I grew up a Giants, 49ers, Warriors, A’s, Cal Berkeley fan. Occasionally I’d go to games with friends and family and while I was there I would relish every single second at the ballpark or arena. To this day, one of my favorite moments every year is walking out of the tunnel in a baseball park and seeing the field for the first time each season. Whether it’s the beautifully modern and swanky AT&T Park of San Francisco, or Oakland’s decrepit, decaying, derelict Coliseum that seems to be literally falling apart in front of our eyes, it’s still a momentous, magical feeling that inspires me to be a smarter, harder-working, more creative, better-looking, more interesting, and overall better person each and every time. (That’s definitely a moment I can’t wait to share with my kids.)

Sitting in the outfield bleachers at a professional baseball games is where I learned many of life’s greatest lessons.

1) Be yourself, but don’t be too abrasive. You have a favorite team. That’s fine. We all do. Whether you’re at a home or away game, you will find people who disagree with you. It’s totally fine to cheer when good things happen for your team, but there is a line. Be careful not to cross it (or you’ll end up with a mustard, ketchup, and beer-encrusted Barry Bonds jersey courtesy of those lovely, polite fans down in LA’s Chavez Latrine).

2) The louder you cheer, the better your team does. This one seems rather obvious. Even if you’re cheering and/or praying from home, it affects the outcome of games. And if anyone tells you otherwise, they’re jaded, crusty, old human beings who have no sense of adventure or childhood spirit left in their rotted, imaginationless souls. 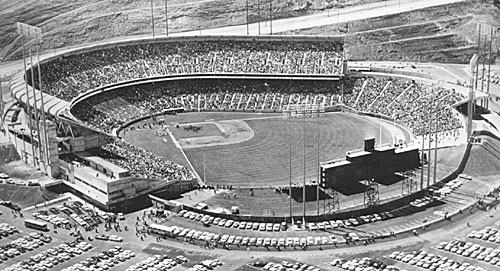 3) It’s okay to be passionate, but mind your personal bubble. Nobody wants that guy screaming right behind their seat, or whistling loudly in their ear. Dude, cheer for your team without ruining everyone else’s experience at the ballpark.

4) No matter what your hopes and dreams are, you have to realize that you don’t have complete control of everything and everyone. I’ve brought my glove to dozens and dozens of baseball games. Not once have I caught a home run or foul ball. Not once.

(I could probably write a 2,000-word post about all of the life lessons you could learn at a baseball stadium, but I’ll stop right here for this post.)

C.S. Lewis wrote that he believed we would meet our pets again in heaven. His rationale was simple: if God is love, and we truly loved our pets, then that love (God) would be manifested in eternity. Makes enough sense to me. The problem where that breaks down however–for me–is that I love Oreos. A lot. I mean, I only have them once or twice a year, but I really love when I have them. Does that mean that Oreos have to exist in heaven…? I doubt it. (But it doesn’t mean I can’t hope it.)

I guess what I’m saying is this: I love sports. Not necessarily all sports, because I still don’t fully understand how jai alai works…or at all, but I do think that sports, for me, is something God has put into my life to make the world a better place. If that sounds a bit grandiose or arrogant, I apologize, but it’s something I’ve seen so much more good than bad come out of throughout my life.

Sure I’ve taken pickup games too seriously and huffed and puffed after a loss, or thrown my ping pong paddle in disgust after I completely whiffed on a return, but overall, there’s been much more positive than negative.

It’s been a huge help in my relationship with my dad, and while it wouldn’t necessarily be the best thing to entirely base a relationship on, it’s been a great lubricant that’s lead to much deeper conversations. It’s helped me meet a lot of great friends over the years and become closer with them as we’ve taken long road trips together to attend games, or organized events and parties at each others’ homes to watch games. And even now, the fantasy football league that my buddies and I started 6 years ago is still a great way to keep us in contact with each other on a weekly, sometimes daily basis.

There’re so many great things that sports have done in my life (I didn’t even mention all of the discipline, hard-work, stick-to-it-ive-ness, and everything else that it teaches everyone universally–also staying in shape…that’s always good).

When it comes to whether it’s from God or not, I just ask myself a few questions, and the answer gets a little more clear:

I don’t think so.

To me, there’s no question that sports are from God. And now that we’ve solved that puzzle, I’m just excited about being able to dunk and hit home runs in heaven.

…with my dead dog, Tipper, of course.