All I saw were dark blurs as I suddenly woke up this morning. We’d slept through our alarms. Again.

As I reached for my thick glasses I heard it. The daily routine that abruptly takes me from groggy to fully awake…

“Daddy! Daddy” she screamed in a pitch I didn’t know existed until I had kids. “Wake up! Wake up!”

I sat on the edge of our mattress, unintentionally smiling as Olivia finally came into view running around the corner of our bedframe. She slowed to a walk while meekly tucking her stuffed bunny (Mr. Bun) under her arm.

“Kitties?” she asked me shyly, in a way that was probably a little too conscious of how cute she was.

I paused, then scooper her off the ground and next to me in bed. “Alright. Kitties.” I reluctantly muttered. I grabbed for my phone and brought up the “Olivia’s vids” playlist on my YouTube app and selected one of the myriad of cute kitten videos.

“Hey…happy birthday, sweetie.” I said softly, kissing her on the forehead.

No matter what happens the rest of the day, I know it’s going to be a good day.

Two years ago as of this morning, I hadn’t slept in over 24 hours. The previous night was one of the most stressful, panicking, anxious nights of my life. I felt lost, confused, and occasionally a little sick, but in the morning I got to meet my firstborn daughter, Olivia Jane. (You like how I made a story of my wife giving birth to our daughter a story about me and I felt? Awesome.)

I remember hearing people say that the greatest day of their lives was the day their kids were born. I wanted that to be true so badly, but after 30+ hours of labor for Hannah, zero sleep, and a few complicated issues with the birth, I wasn’t so sure I’d ever get to say that. However, the moment I got to hold OJ in my arms, and see her beautiful face, and hold her tiny, little hands, I knew it was one of the greatest and happiest days of my life.

How could it not be?

I’ll let Hannah fill you in on her take of that day (I wouldn’t dream of speaking for a woman regarding her giving birth), but for me, it was a day that I’ll never stop cherishing for as long as I live. 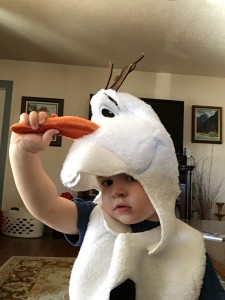 So it’s been two years since that remarkable day and what do I have to show for it? Just a tiny, talking miracle that walks around our house with her own hopes, dreams, aspirations, wants, desires, skills, likes, and dislikes. Her latest trick: having favorites. That might seem like a small thing, but the fact that she can have opinions and pick a favorite animal (cows), or a favorite color (blue), or a favorite food (bread), is amazing to me. She likes unicorns. Why? No idea. She just decided she likes unicorns a few months ago, so we’re have a unicorn-themed birthday party for her. Because she likes that.

And sure, this little blessed soul comes with a lot of baggage–a lot of it coming directly from Hannah and me–and there are stressful mornings, long car trips, difficult mealtimes, and random rashes and sicknesses that cause undue stress in our lives. But when you compare those things with the miracle of this kid; how smart she is, how kind she is, how active and precious she is, those relative hardships don’t really seem to matter much.

So 771 days later, I still feel like she’s a pretty cool kid. I wake up every morning excited to see her and play with her and teach her new words and concepts. Her ability to crawl, walk, and run isn’t just adorable, but it’s also a miracle. Her pronunciation of the word “Bernard” is one of the cutest things I’ve ever heard in my life. And if you couldn’t tell, I don’t mind gushing about her one bit.

(Since that day, Hannah and I have even had another kid, and while I wouldn’t dream of spoiling Olivia’s birthday post with a bunch of stuff on Talia, I would be remiss to not mention the droolier half of our children in my post on fatherhood.)

Speaking of which, let’s get out of the mushy stuff and back to fatherhood. One of the questions my friends asked most after Olivia was born was, “How has fatherhood changed you?” And that’s a hard question to answer. Besides that obvious, tangible stuff like having to wake up multiple times throughout the night, or the fact that preparing to go anywhere takes twice as long, I really didn’t have a good answer for awhile.

I don’t remember when this hit me, but I finally put it together: Fatherhood hasn’t changed me.

I’m still me. Hannah’s still Hannah. We’re just Ben and Hannah, but now we’re raising two little women up in the world. And yes, being a father has affected me–again in those obvious ways mentioned above, or even in more subtle ways like I think about how a trip to Costco might be a miserable experience for an infant, or how watching The Wire with a baby on my lap probably isn’t super responsible. 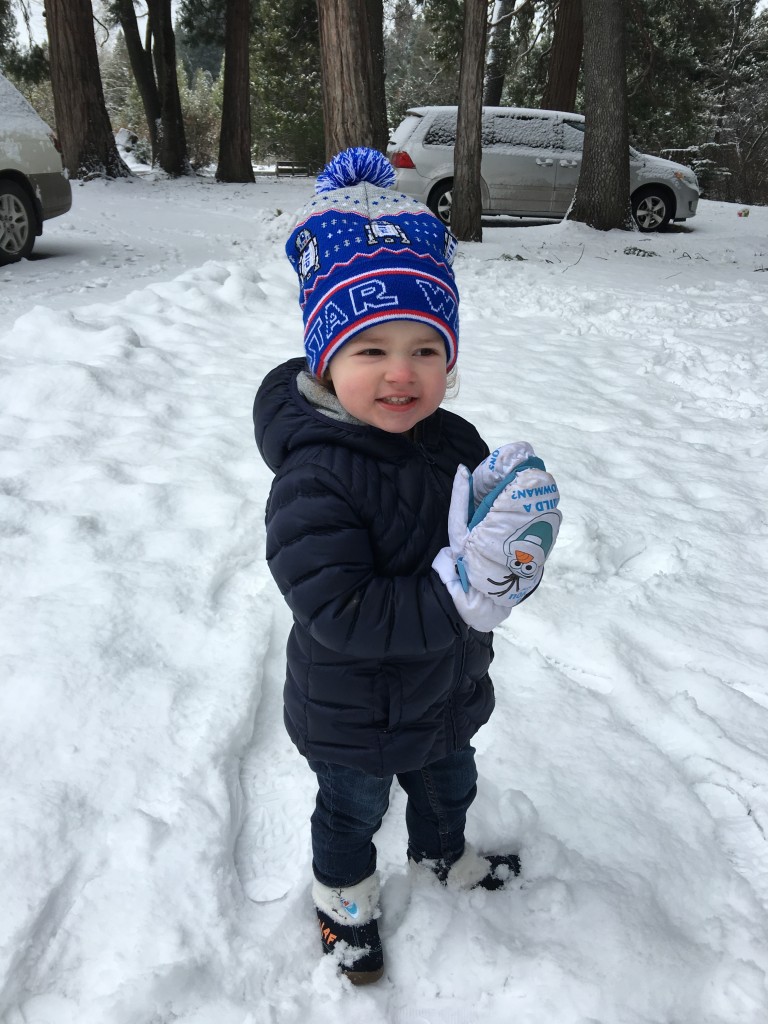 But when I say that fatherhood hasn’t changed me, I don’t mean to say that these two beings we brought into the world don’t mean a lot to me, or don’t impact my life hugely. What I mean to say is: I’ve been preparing to be a dad since…as long as I can remember. I’ve been taking careful notes of both my mother and father since I was a kid–both actively and subconsciously.

I think most of the traits that make up a good parent (humility, generosity, altruism, patience, etc.) are all traits that make someone a good spouse, a good hall director, a good nurse, and just a better person in general. Sure some of those traits are more pronounced in certain roles, but it’s not like I suddenly became a more patient person just by having a kid. People without patience have kids all the time.

So whether I’m a terrible father, or a great father, I’m not sure. Probably somewhere in between. But I bet it’s probably somewhere near the same spot on the spectrum as to how good a husband I am, or how good a son I am. That’s not to say that all good people or all good spouses would also be good parents. Far from it. There are plenty of people that don’t really want to be parents, and if that’s the case, I bet their parenting skills would be highly suspect–a reluctant, or a parent who feels obligated to be involved or parent well isn’t the ideal parent, and often has a pretty negative impact on kids. But we’ve probably all seen or heard of parents who were reluctant at first, and something in them changed–either during pregnancy, or shortly thereafter, that made them want to try to be a kickass parent, and they tried their best to become one.

Fatherhood is a strange concept. I think because there are so many terrible fathers out there. Not that there aren’t some bad moms, or even that there aren’t some great dads too, but in my experience, it’s much easier to find an involved and dedicated mom, than it is an involved and dedicated dad. Probably because it’s so much easier to become a dad than it is to become a mom.

That being said, one of the hopes I have for my kids is that they don’t see it that way. I hope they see both of their parents as involved and as dedicated to them as possible. We’ll always be there for them, sometimes to let them learn from their own mistakes, but always to support and encourage them. I guess that’s my hope for myself and for Hannah as parents.

So yeah, let’s end it there. Happy birthday to Olivia! I hope the next year is twice as good as the first two have been. Now let’s go eat some unicorn cake.

One thought on “Two Years Into Fatherhood”