Steve Jobs Was Kind of a Jerk by Sean Thompson 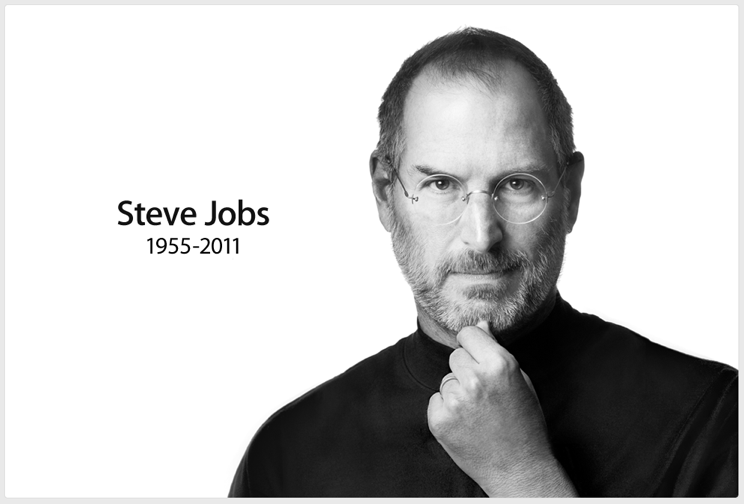 Unless you live in an indigenous tribe in Northwest Africa, you’ve undoubtedly heard the news of Steve Jobs’ passing last week.  Many of you reading this likely heard about it from a product he invented, or closely was involved in inventing. With Facebook and Twitter feeds blowing up about the world’s loss, and countless obituaries and memoirs on television programs, blogs and magazines; I must admit that I’ve met this reverence with very torn emotions.  For you see, Steve Jobs—in my humblest of opinions—was kind of a jerk.

Before I can continue, I must point out that I do feel that Steve Jobs was a great businessman and innovator. He greatly changed the game of branding and marketing strategy as well as forged way above and beyond what we ever thought possible in the world of technology. He knew exactly how to run a business and how to sell a product. He knew how to make people want something they didn’t even know they needed. Well done, Steve. But who was Steve Jobs, apart from the mysterious man who showed up in a black turtleneck and wowed us with what was on the horizon in the world of connectivity? If you’ve done any research into his private life outside of Apple Keynotes—you know that he wasn’t known for being a positive or even a nice guy.  I have trouble talking about how great his life was without reflecting on some of the darker stains of his life:

It’s so interesting to me that much of Apple’s strategy and marketing has been based on the idea (and tagline) of “Think Different”. Jobs himself has said that Apple if for the misfits and the rebels, for those that think differently. It is now quite ironic then that Apple has become the poster child of modern-day conformity rules and censorship.  Have you ever noticed how many restrictions Apple has placed over their products (specifically the iPhone and the iPad)? Apple even tried to make it illegal to jailbreak iPhones. Common thinking seems to me that if I bought something, I can do whatever the heck I want to it. And with the creation of the Internet, the web was meant to be a place of creative expression and freedom, but the invention of Apple’s App Store has been a complete reversal of this. Apple has time after time rejected any content having to do with homosexual lifestyle, certain political views, even slightly risqué fashion apps. The very ‘Think Different’ mentality only seems to work if you think differently the same way Apple does. And who could forget that Apple even has it’s own personal mob, the ‘Worldwide Loyalty Team’ –the team that actually invaded a blog editor’s home, searching his house and personal computer? Oh and let’s not forget they threatened his family as well.

This is a whole beast in and of itself. If you follow any kind of tech blogs, you know that Apple isn’t exactly taking care of its employees overseas. Nevermind the fact that thousands of jobs are being outsourced out of the country, let’s focus on the fact that there are 15 year olds working 15 hour days (at least) making my iPhone.  Apple workers in China are paid terribly, work (and live) in extreme conditions, and have often been bullied and verbally abused in order to increase production. Some reports have labelled Foxconn (the company that makes products for Apple, like the iPhone and iPad) as more of a labor camp than a factory. Things were so bad, that 18 employess attempted suicide last year.

This one hit hard for me, as I need to seriously consider my future purchasing with Apple in light of this. 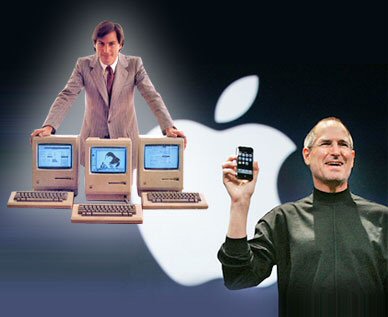 Most people don’t remember that Jobs was fired from Apple once. In the 1980’s he lost a power struggle with Apple, forcing him out. At that time, he already had a reputation of being a jerk. This attitude carried on when he returned in 1997 to Apple, and employees have described him as controlling, erratic, and tempermental. One story describes Jobs’ as going though Apple and asking employees what they did there. If they couldn’t give an exact, thorough response, he fired them on the spot. Fortune tells a more recent story of Jobs—working with Apple’s MobileMe team—asking the following:

“Can anyone tell me what MobileMe is supposed to do?”

Having received a satisfactory answer, he continued, “So why the f**k doesn’t it do that?”

“You’ve tarnished Apple’s reputation,” he told them. “You should hate each other for having let each other down.”

The meeting ended by replacing the head of the team on the spot. What an inspiration leader right? I’ve heard other reports of Jobs telling employees what they were working on ‘sucked’ and was ‘sh*t’.

Steve Jobs also never took part in charity or philanthropic work. When he returned to Apple in 1997, he effectively shut down Apple’s philanthropic programs. Jobs was estimated to be worth about $7 billion, and never gave money to charity. That’s not to say he didn’t give privately or after his death via a will, but still it goes a long way when he did nothing to start foundations or encourage giving back. 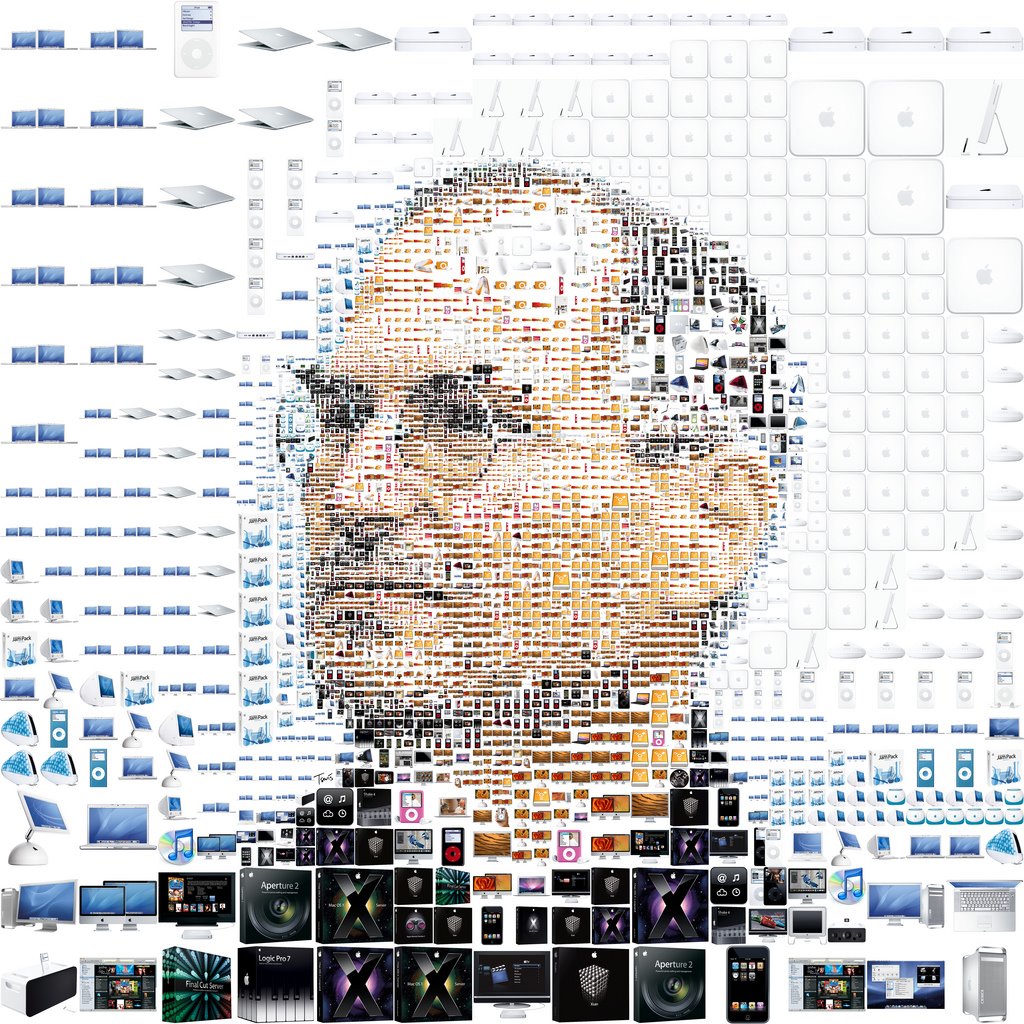 And to top it all off, he didn’t exactly treat his family well either. He denied being a father for two years; and was quoted as saying “I wanted my kids to know”—in reference to the memoir and biography he allowed to be written about him. Clearly he wasn’t a family man. And how could he be with how much he worked? He has been known to lead meetings past midnight…only to reconvene at 7am the next morning.

So what I am trying to get at here?

That Steve Jobs was a big d-bag  and we shouldn’t revere him? No.  I’ll be the first to admit that Steve Jobs was an innovator, in every sense of the word. He changed technology, the internet, branding, marketing, advertising, even movies. People have tried to replicate his methods and success time and time again.

Here’s where I’m torn: I feel like all his success came at a price. I feel like he lost a little of himself along the way. Torn relationships, overworking, even his health. I’m so reminded of the fitting verse in Mark  8:36: “And what do you benefit if you gain the whole world but lose your own soul?” Steve Jobs would say it was never about the money, but rather changing the world. And he very well did that. And I really hope that I can change the world too. But I don’t want to change the world if it costs me my relationships and my character. I want to believe that I can succeed in both. Capitalism and the American Dream tell me I can’t. That I need to fight, be a jerk, take no prisoners, grab control and not let go. I won’t believe that. I can’t believe that. I need to believe that I can love people and be successful simultaneously. That I can innovate, create, and enrich lives.

Sean Thompson is a writer, web-designer, musician, newly-married man, and a strong Christian leader in his church community. He graduated from Azusa Pacific University with a degree in Christian Ministries and Film and studied Web Design & New Media at the Academy of Art University in San Francisco. He is currently resides in Issaquah, WA with his lovely new bride, Laura.

The views and conclusions expressed in this article are those of the author and do not necessarily represent those of the BenHelms.com Corporation or any of its research or analytical subsidiaries or sponsors. But to be completely honest, I agree with just about everything up there. Thanks for the guest writing, Sean!