I got married last year and since then (well, even before then to be completely honest) my wife and I have talked a lot about our kids. We don’t have any kids. Yet. But, we’re both planners and we like to focus on the future–a little too much at times–so we talk about what life will be like someday with kids, methods of disciplining our kids, things we want to impart onto our kids, wisdom and folly from our parents, etc.

Then it hit me: when my wife and I are gone, our kids are the thing that people will remember us by. Whether I build a giant company, or my wife ends up running the hospital she’s currently working in, or even if one of us writes a best-selling novel, our kids will still be the ones we’re most proud of and the things by which we want to be best known. Our kids are our legacy.

I’ve heard it said before that you can’t get to where you’re going if you don’t set the vision of what you want to be able to do. While yes, that may seem a little simplistic, for me it definitely helps break down long term goals and dreams for the future into tangible, logistical goals for the present. 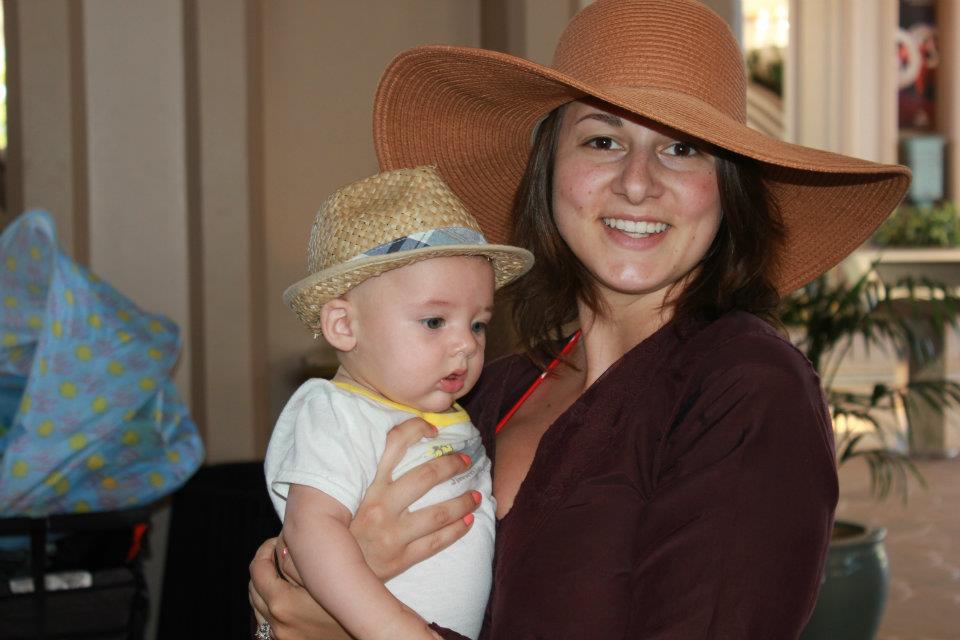 I take this to mean that if I want to be a good person, a person who is greatly esteemed by his peers, looked up to by others, and makes life better for the people around him, then I should probably have some sort of a plan, or least a vague direction in which to start. I need to not only have a vision of the man I want to be, but also an idea of what I need to do to become that man.

This is it. This is the map (or compass, or protractor, or whatever…) to my legacy.

But instead of me just saying, “I want to be a great guy who’s smart and loves others well and stuff,” I’m actually pointing out the exact attributes and characteristics of friends, family, mentors (and yes, even the ol’ in-laws) in which I want to embody and own myself. These are the traits I want in my life and want to be part of who I am.

My wife is the most selfless person I know. And I don’t just mean that she makes the bed most mornings and makes dinner most evenings (although she does those things too), her entire outlook on life is based on the question, “How can I best love those around me today?” And trust me, she’s damned good at answering it. She worked for two years as a social worker in Portland in which she was responsible for (in her words): “Taking kids away from parents who didn’t deserve them.” Yes, that sounds a bit harsh, but these were kids in the city who were growing up addicted to drugs, beaten by thei 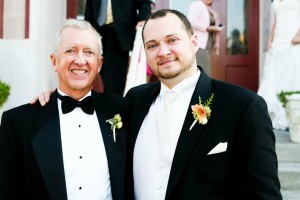 r parents, often times exposed to terrible things at a very young age. And she stepped in, like a freakin’ superhero and saved these kids. She now works for the county hospice in Mt. Shasta, CA. I honestly think for 99% of the population this would be the most depressing job in the world. But, because she’s so selfless and can find joy in anything, she think it’s the most amazing job ever. (Don’t tell her how depressing her job should be, please.) I want to be that selfless.

My dad is a freak. He’s a professor of both radiology and orthopaedic surgery, as well as the chief of musculoskeletal imaging at Duke University’s School of Medicine–one of the perennial top three medical schools in the country, he’s published hundreds of articles, written dozens of books, has ran 100 miles in less than 24 hours (multiple times), went to college on a golf and basketball scholarship, has ran dozens of marathons and many other races, and has even owned a bright yellow Hummer. No joke. The guy’s been around. But the point is, and he’ll tell you this himself, he’s not the sharpest toy in the bullpen. Sure, he knows his stuff, he reads a lot of books, he’s a well respected and accomplished radiologist and even wrote an entire book on idiopathic transient osteoporosis of the hip, but he’ll be the first to tell you that he’s no smarter than your fourth grade English teacher; he just worked his ass off. Sure, there’s undoubtedly an element of privilege and luck that have gone into all of his accomplishments and awards, however his favorite quote is, “The harder you practice, the luckier you get.” My dad is the hardest working person I know. He’s always w 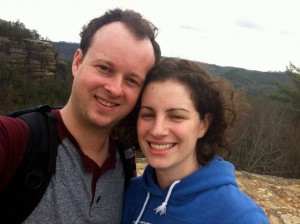 orking to improve himself, to know more, read more, and to ultimately make his own life–and often the lives of those around him–better. You don’t do that through pure luck, unless you work overtime trying to get lucky.

Now, what do you get when you have the intense work ethic of my father and combine it with few sprinkles of genius (sorry dad, just trying to make a point here)? You get my brother: Jason Helms (settle down, he’s not a genius…but hey, he makes the rest of the family look like idiot schoolchildren). He’s a Ph.D. with an M.A. in English and a B.S. in biology. He once spent a week at Latin camp–yes, it’s as nerdy as it sounds–in which you had to speak in Latin the entire week. Yes, I said speak in Latin the entire week. How’d he learn Latin? Oh, he just decided to learn it. In his spare time. For fun. He’s the most accomplished reader I’ve ever met (to my knowledge, at least), and he’s only 30 years old. He used to have a studio apartment in which he sectioned off into four tiny little rooms and used bookshelves as walls. The dude likes to read. Now, that may not sound like a huge deal, but I’ve found that the people I have the most respect and awe for are those who read a lot. And I’m not talking Danielle Steele n 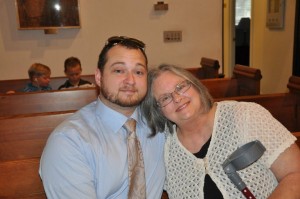 ovels either. And probably in large part due to all that reading, my brother is a damn smart kid. Love to be that smart someday…gotta get reading…

I remember every single Sunday my brother, my mom and I would get to church around 8am growing up. The church service started at 10:30am. So, what’d we do for two and a half hours? We cleaned, helped set up the stage, made coffee, set up the welcome table and helped out in the nursery or wherever else we were needed. Now, if you know me at all, you probably know how much I love mornings (not so much), so you can probably surmise that spending my Sunday mornings in this fashion was not my idea. You’d be right. My mother would get us there early and we’d stay as late as po 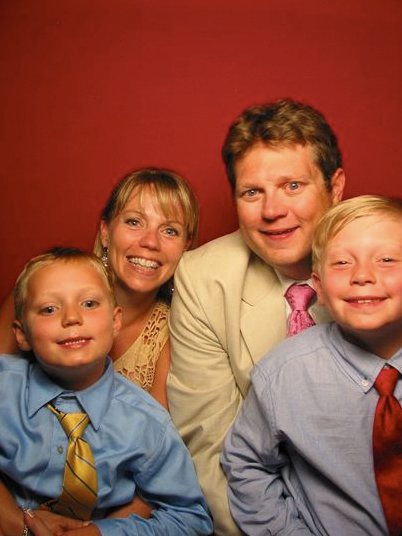 ssible each week, all the while helping people set up and take down different parts of the church each week. She was also the mom who helped out with every PTA conference, every school play, youth group events, bake sales, etc. She showed her love of others (especially her kids) through serving them, and it took me a long time to realize just what that meant. I’d love to have the passion for serving others like she does.

Two of my good friends and mentors, Travis and Debby Wood were my youth pastors growing up. They’re two of the best people I know. Travis is easily one of the most honest people I’ve ever known. He’s not mean about it either, just open and honest and wants the best for those around him. Ask him a question and he’ll give you all the wisdom he has trying to find that answer for it–very selfless in this way. I’m more honest in the brutal, a-hole-ish way–definitely something I need to work on. And Debby is one of the wisest people I’ve ever met. I still pick their brains every time I see them; about life, love, careers, just about everything. It probably seems like I’m interrogating them about their lives, but I’m honestly just hoping that some of their wisdom rubs off on me. Questions like, “How did you know you wanted to marry Debby/Travis?” and “How do you know if you want to go into a certain career?” (and many other similar, life-altering questions) were asked often throughout my adolescence…and well, quite often still. They both helped me a lot when I met my wife and was first entertaining the thought of spending the rest of my life with her. Not sure where I’d be without them in my life. 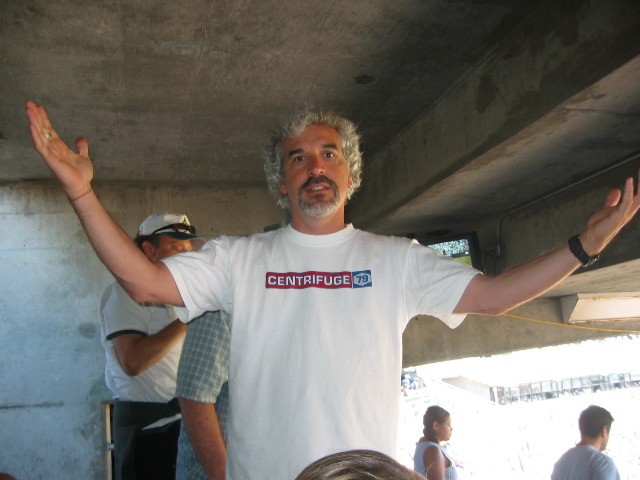 Another guy that has spoken wisdom into my life since I was a young kid is Jorge Castellanos. He was my youth group leader in junior and high school and constant friend and mentor ever since. We’ve talked on (at least) a weekly basis about sports, music, the church, God, love, life and probably just about every single topic I could think of. But out of all of those things, the thing he’s instilled in me the most is his ever present awareness of and devotion to constant introspection. That may sound kinda weird, but whether it’s been through meditation, talking with friends, or just reading some good C.S. Lewis, Jorge’s work ethic for seeking introspection in all things is definitely a very effective way of finding out who you really are. While I’m definitely still in the process of figuring out who I am, the progress I’ve made since high school has enabled me to find a college major (a few in fact), a career (a few in fact), and a beautiful, wise, loving wife (only one of those). Much of the credit of any wisdom I may have is in large part due to this man. Definitely a very wise, thoughtful guy who I’m glad entered into my life while I was at such a young age, and am honored that he is still in my life today. Thanks again, man.

Sorry, I know this is a long list. I’ll stop here for now, but the other people who I want to emulate are on their way…