While the past 15 years for the Golden State Warriors and their fans have been full of exciting plays, high scoring games, and one memorable playoff run, they haven’t been that full of overall wins. In fact, the Warriors are right there with Tim Donoughy in spearheading the lowlights of the last decade in the NBA, or professional sports for that matter. Labelled here as the Worst Franchise of the 2000’s, according to some little sporting magazine (Sports Illustrated…damn), “While the Clippers and Warriors each missed the playoffs nine times out of 10, this award goes to the Warriors on style points. They burned through six coaches…” Style points? Six Coaches? This is my childhood, people…my adolescence…my entire high school and college careers encompassed in this “worst franchise” in basketball…But I digress…

So you’d think the luck would change when head coach Don Nelson re-took over his old job (again) last year, only a mere 50-some-odd games away from passing Lenny Wilkens as the all time winningest coach in NBA history (Lenny also holds the record of losingest coach of all time…Nellie’s not too far behind either…). However, being it only two years later, his “mad coaching skills” (-everyone in the East Bay 2 years ago) haven’t gotten him much closer and he’s in real danger of not even reaching the record in 2010.

So who hired this run-and-gun madman who’s obviously a little too preoccupied with his own personal coaching record to be bothered with coaching, mentoring and teaching the youngest team in the NBA (and close to NBA history)? Well, my friends, that would be Mr. Christopher Cohan who took over the team back in 1995. Cohan, who founded Sonic Communications in 1977–one of the largest independently owned cable outlets in the country before he sold it in May 1998, went on to put even more of his time and energy into running the Golden State Warriors into the ground. Fresh off what Wikipedia refers to as 1987-1994: The Resurgence, the Warriors made the playoffs 5 of the 8 years under the newly collaborative efforts of their high scoring trio of point guard Tim Hardaway, guard Mitch Richmond, and forward Chris Mullin (collectively known as “Run-T.M.C.” after the rap group Run-D.M.C.).

The next few years however, Wikipedia endearingly refers to as 1995-1999: The Collapse. Charming. Might was well change it to: The Cohan’s-Just-Getting-Started Era.

So what did Cohan do that was so despicable? Why is he hated by every loyal Bay Area fan? What makes it so easy for anyone with any sort of moral, spiritual or sporting compass to despise? Well, besides being the backbone of such trades in which brought in “talent” such as Terry Cummings, John Starks, and Mookie Blaylock, he just plainly didn’t know what he was doing. It seems now, in hindsight, that buying your first sports franchise is more of a benchmark or status symbol in becoming a recognized billionaire. Well done, Cohan, you’re well on your way to becoming recognized. Next time, put some money, time and maybe a little research into your next team in order to get a few wins, and maybe someone outside your immediate family will recognize you. (Again…angry, angry digression…I apologize.) 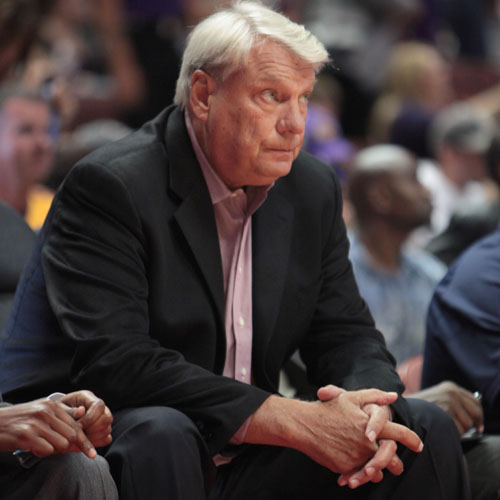 But I promise it’s not just me. In fact, the Cohan fanclub can be found all over the interwebs at such sites as www.SellCohan.com & www.ChrisCohanSucks.blogspot.com who’s title actually reads, “Chris Cohan : [LIBELOUS SLANDER]

” and who’s motto just so happens to be, “The Golden State Warriors: A Legacy of Suck.” Ah, the life of a Warriors fan. Downhill since 1975. (I can see the license plate frames now…)

(Cohan’s lack of leadership or knowledge of basketball operations conjures up this strikingly similar image of a “handicapped” man being proud of “owning” this small buck, seen here. A strange picture that resulted in my Google search of “chris cohan,” btw…)

But what’s a bad owner even mean these days? I mean, without devout cronies and yes-men (or yes-women…just not in this case), the owner doesn’t always mean too much–depending on the team. So who would listen, encourage and carry out all of the evil/ignorant/money-grubbing deeds of the aforementioned despot owner of the Warriors? Well, that would be would be ex-middle-manager and team president since 2003, Robert Rowell. While his stay hasn’t been a complete bust in getting them to the playoffs…once…Tim Kawakami sums up his presidency rather well in his article Robert Rowell’s 25 Fire-able Offenses as Warriors Colossus. Definitely a must-read in understanding the Cohan/Rowell debacle over the last 15 years.

Basically it comes down to this: while Rowell says he’s committed to fielding a competitive team, he’s done anything but that besides chance after chance given to him. Despite having some of the best chain of top-10 draft picks the last twenty years, the Warriors are continually at the bottom of the league standings each season. In fact, in growing up in the Bay Area, it wasn’t rare occasion to meet someone who hadn’t even heard of the Golden State Warriors…the team that was located less than 40 miles from their house. Good job, Warriors front office/PR/management/etc. A new president of operations would definitely be a Change I Can Believe In.

So, what now? Well it seems like Chris Cohan is in a bit of a bind. Not only is his multi-million dollar NBA franchise seemingly in the tank, he also apparently owes the IRS more than $160 million in back income taxes and penalties from the 1998 sale of a cable television company. Oops.

With rumors spreading like wildfire for the past few years, and really stepping it up last summer, it seems like Cohan might be getting ready to finally sell the Golden State Warriors. Praise the Lord. Yes, this is a worshipable event. Like no other. So…who’s buying?

Last month, as Larry Ellison, owner of the arena-named company Oracle hinted at a possibility of this taking place, he implied that Cohan wasn’t exactly ready to sell to him just yet. When asked if he was actively trying to buy the team from Cohan, Ellison confirmed the suspicion, but also commented that, “unfortunately you can’t have a hostile takeover of a basketball team.”

These rumors coming to fruition into an Ellison-owned Warriors franchise would be paradise for all Bay Area basketball fans.

But why? What makes CEO-minded Ellison any different than CEO-minded Cohan? Well, according to Chris Matyszczyk (CNET blogger…about as much credibility as me on the topic–not much), Ellison would seemingly bring in balance, discipline and a little communication between the team and front office–all things Cohan 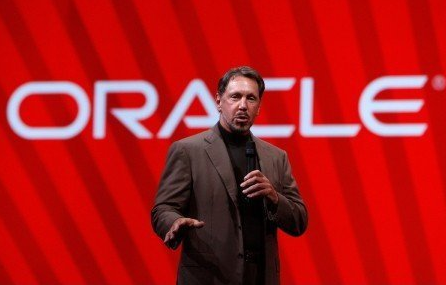 neglected on a daily basis. But even if Ellison isn’t an more NBA-minded than Cohan, it seems like at the very least he’ll be a breath of fresh air for the organization. Change is good, mainly because the Warriors couldn’t get much worse at this point.

When you have teams like the Oakland A’s, the Oakland Raiders, the  Sacramento Kings, the San Francisco 49ers, Northern California is in need of some heavy duty front-office changes. With the San Francisco Giants making headway in filling up open roster positions and trading for talent, they’re one of the great young teams in the MLB this coming year. The A’s however, while just as young, don’t have the money (as usual) to do much this offseason. The 49ers however, are making the (seemingly) necessary changes to positively affect their seasonal records, improving each of the last three seasons. Hopefully with the few administrative and coaching changes they’ve made the last 18 months, they’ll continue–along with the Warrriors’ soon-to-be new owner, Larry Ellison–bringing up the reputation of Bay Area sports.