It Still Brings A Smile To My Face

I’m sitting in the passenger seat of my own car on I-5, somewhere between Dunsmuir and Castella, California. The 90+ degree heat combined with the direct sunlight bearing down on my lap would be enough to make me uncomfortable, but combined with the fact that my car heater is on full blast right in my face, I can’t even think straight. We ran out of water an hour ago and my fiancé is almost as annoyed with me as I am of life. I’m so angry, frustrated, hot, dehydrated and exhausted, but all I can do is think about what a great weekend it’s been…

How did I get here? 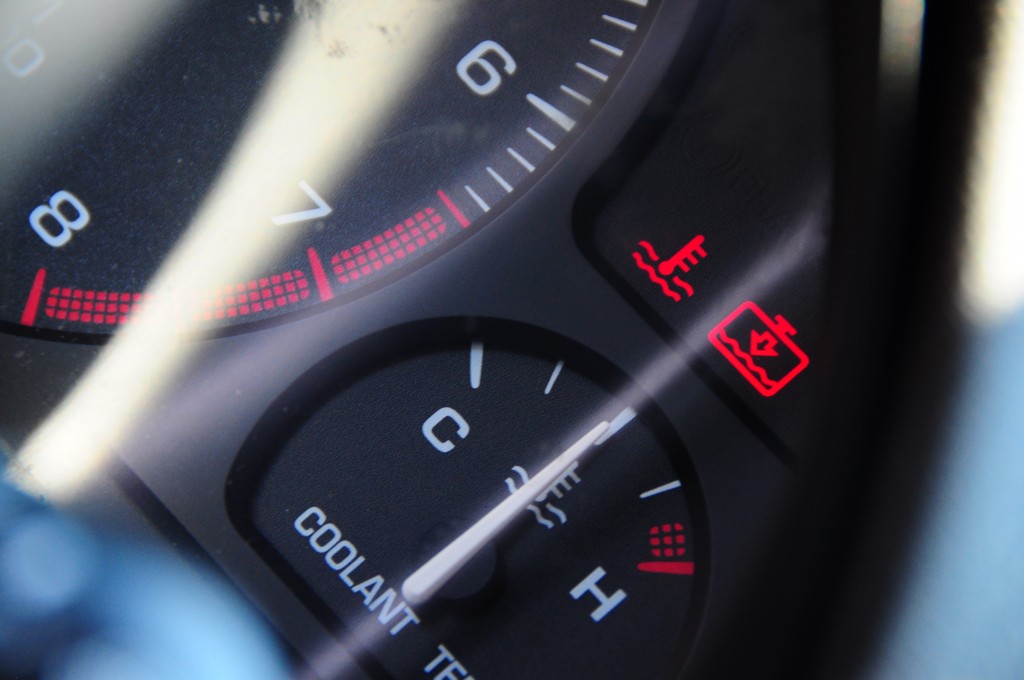 Five months ago, I found out that one of my favorite bands of all time, Dispatch (in the top four with Five Iron Frenzy, Thrice, & Weezer), was getting back together to play about a dozen shows in the U.S. in June. Needless to say, I flipped. Like, FLIPPED. I think I called 10 people as soon as I heard, just to tell them what a beautiful day it was and how wonderful the world was simply because Chad, Braddigan and Pete had put aside their differences long enough to display their greatness and bless anyone and everyone who showed up to see them perform. I was ecstatic.

I assumed among those 12+ shows, they probably wouldn’t be playing in Portland, but what I didn’t guess was that the closest show to me would be in Berkeley, CA, at the illustrious Greek Theater–an 11 hour drive from here.

Soooo….Even though I had no idea if I could get the time off work or if I could talk someone (who also loved Dispatch) into going with me to the show, I immediately bought two tickets. But of course.

You see, my history with Dispatch runs deep. It runs sad, frustrating, lonely and deep. I first heard of the band in September of 2004. Their farewell show was in July of 2004, in which over 120,000 people showed up to their free, outdoor show at the Hatch Shell in Boston, MA—a record for an independent (unsigned) band’s concert. That was only the first depressing fact.

Then you have the fact that in 2006, I lived in Boston for 7 months and hung out with all sorts of people who told me how many times they’d seen Dispatch play in venues around New England and how amazing they were live and blah, blah, blah (in my face…I get it). 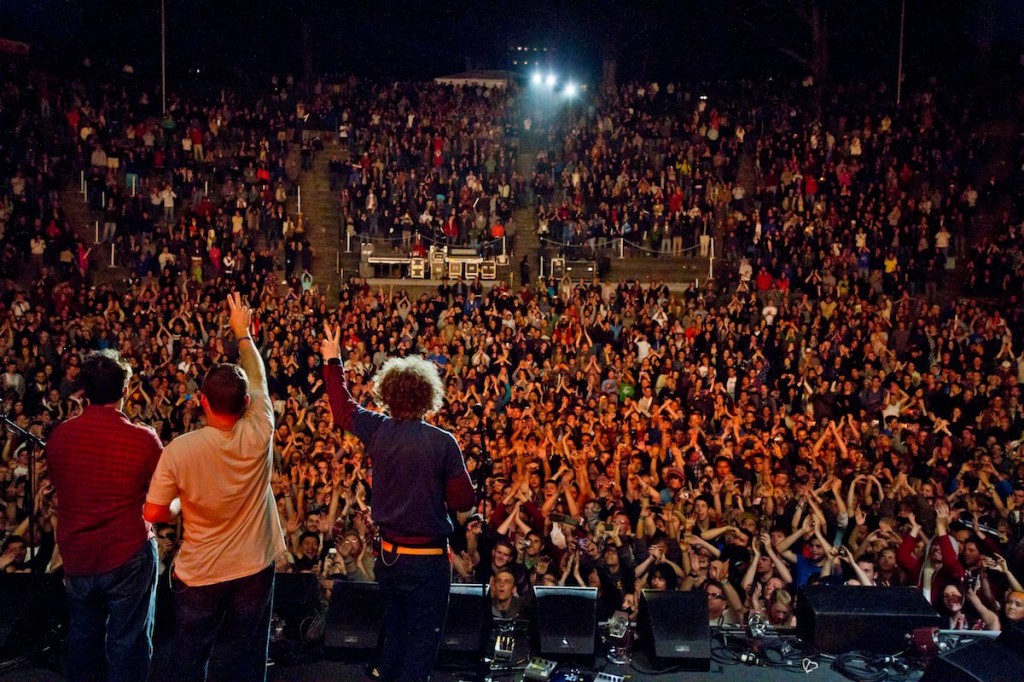 Then one of their many side projects (the drummer’s band), Braddigan played at APU the following year. I was excited. So I went and ended up talking to Brad for awhile after the show and somewhere in there I bluntly asked him if we could expect a reunion tour, or even a single reunion show…he laughed and said, “Not in this lifetime, kiddo.”

THEN (this one hurts), my beautiful, lovely, smart, wonderfully talented sister broke my little heart into a thousand pieces (contrary to popular belief I was actually an English major, and had nothing to do with the drama department). I was spending the Summer in Boston with her, when we found out that Dispatch was playing a 3-day show at Madison Square Garden, the mecca of the sporting and concerting world in North America.

Now, I was out of town the morning the tickets went on sale (of course), so I asked my sister to go online and buy the tickets at 10am that day. Unfortunately, as soon as she went online, all three days sold out. Immediately. When I got back from my trip, we cried in each others’ arms, and were grumpy for a solid month. Then we watched lots and lots of Firefly to console ourselves.

That brings us to February, and well, it didn’t take long for me to portray my fanaticism for Dispatch to my soon-to-be-fiancé (at the time), Miss Hannah Jane Reed, and she signed up to go with me soon after I bought the tickets (I love her so). I finally did get the Friday and Monday off and we decided to make it a fun, 4-day weekend trip down to NorCal, driving through Mt. Shasta on the way down and up to visit Hannah’s family. 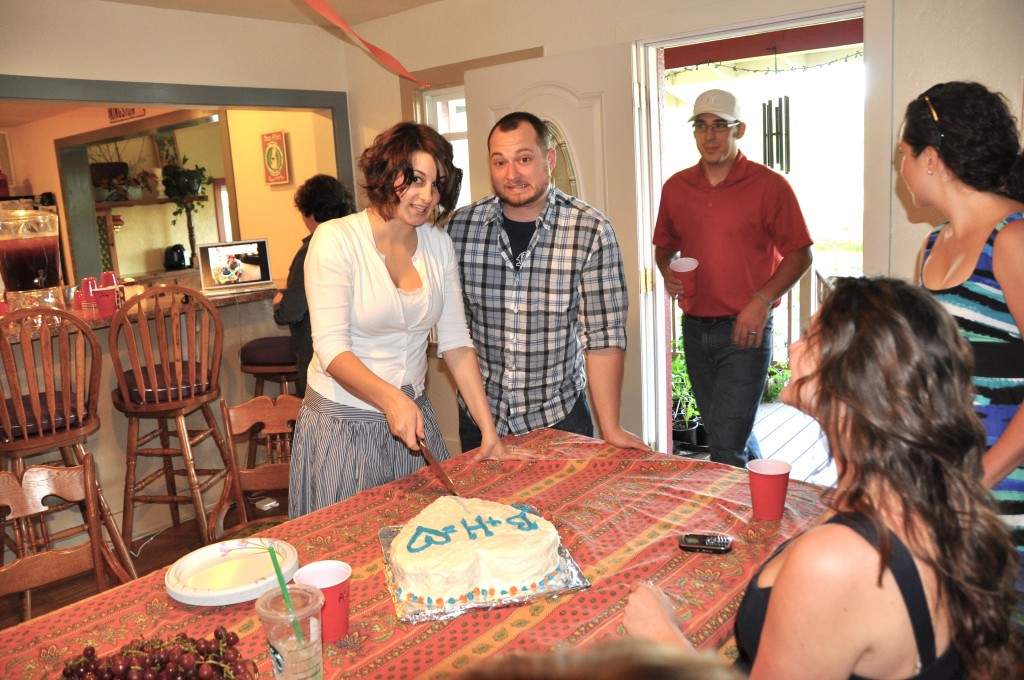 When her sister found out we were coming through that Friday (June 10th), she decided to throw us an engagement party for all of the Shastinians to be able to hang out and rejoice in our love (basically, so all of her family and friends could finally meet me).

And after a loooong 6-hour drive, we finally got in late Thursday night and completely collapsed in our beds. Friday we set up for the party all day, made food, helped with decorations, ate delicious food (per usual), and had a great time at the engagement party (thanks again Megan!). Even after fighting off allergies for a few days after due to hours of wiffleball in tall grass, it was completely worth every second of it. Definitely a great time (and great cake too!)

Then we decided to leave at about 7am on Saturday, in order to get down to Novato as early as possible to hang out with Travis, Debby, Zach, and Ethan Wood as much as possible before the concert. 4 ½ hours later, we were there. Lunch at Moylands, a nap for Hannah, lots of roughhousing with the kiddos, some good talks with Trav and Deb, and then we were off for Berkeley.

The concert was magnificent. It was everything I could have hoped for and more. I’ve memorized several live DVDs of Dispatch concerts, and this one out did them all. They played all my favorite songs (minus “Hey Hey”), they had two encores, and they pulled me on stage to see “The General” with them!!! (Okay, that last part didn’t even happen a little bit, but how cool would that have been?!… Dreams. I got ‘em. )

We got home uber late Saturday night, and Sunday we woke up early and got breakfast with my longtime friend and mentor, Jorge Castellanos. Still exhausted from the travels and late nights, we still went for a lovely walk in the Marin Headlands and down Bridgeway in downtown Sausalito. Some ice cream at Lappert’s, some sweet views from Fort Baker. It was a lovely day. 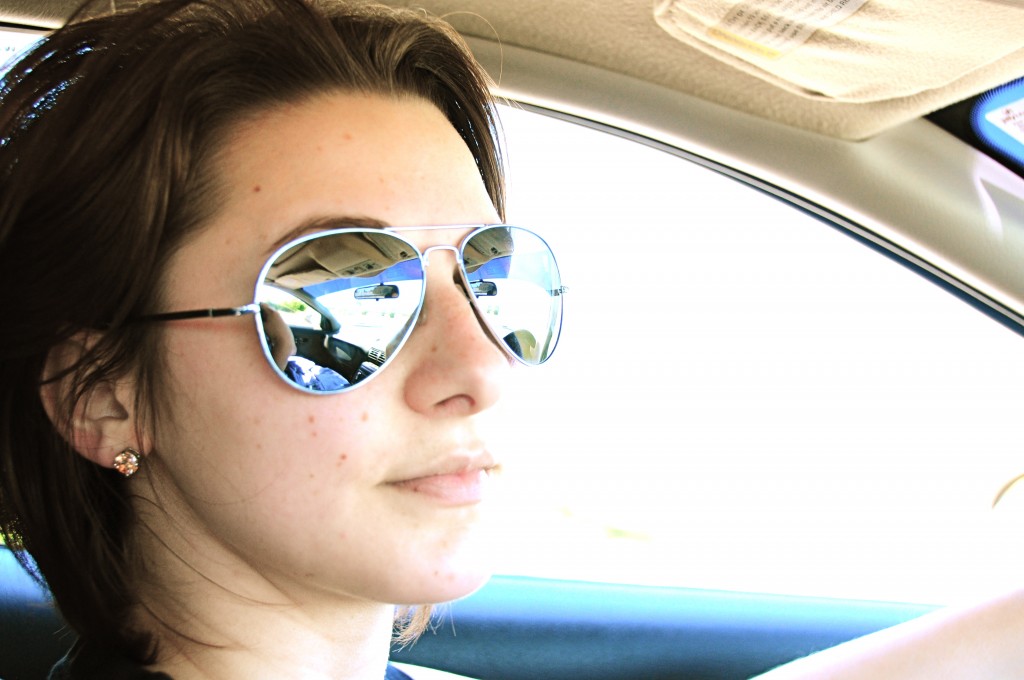 But then the trouble started…

On our way from San Rafael to Novato (about a 15 minute drive), my car started overheating. Bad.

It being a Sunday, I took it to the only place with mechanic-like individuals who would be open: Pennzoil. An employee looked at it with worried eyes and laughed when I asked if he thought it would be okay to make the 10-hour drive back to Portland the next day. Then he affirmed a myth I had previously scoffed at (sorry, Hannah Jane) and said we might be able to make it part of the way if we turned the heater on high and rolled the windows down to stay cool.

A plan immerged. A hot, sweaty, miserable, depressing plan. But a plan nonetheless.

So then we spent a delightful evening at the Wood’s residence. Delicious food, great conversations, good basketball (not so much from LeBron, but good mainly for the Mavs) and a great night’s sleep.

Woke up at 6:30 and made our way to Willows, CA, where Hannah’s little sis lives. It was the hottest 2 ½ hour ride of my life. Even at 7 or 8 in the morning, it was 100+ in our car. We were irritable, cranky, constantly annoyed with each other and pretty apologetic too. 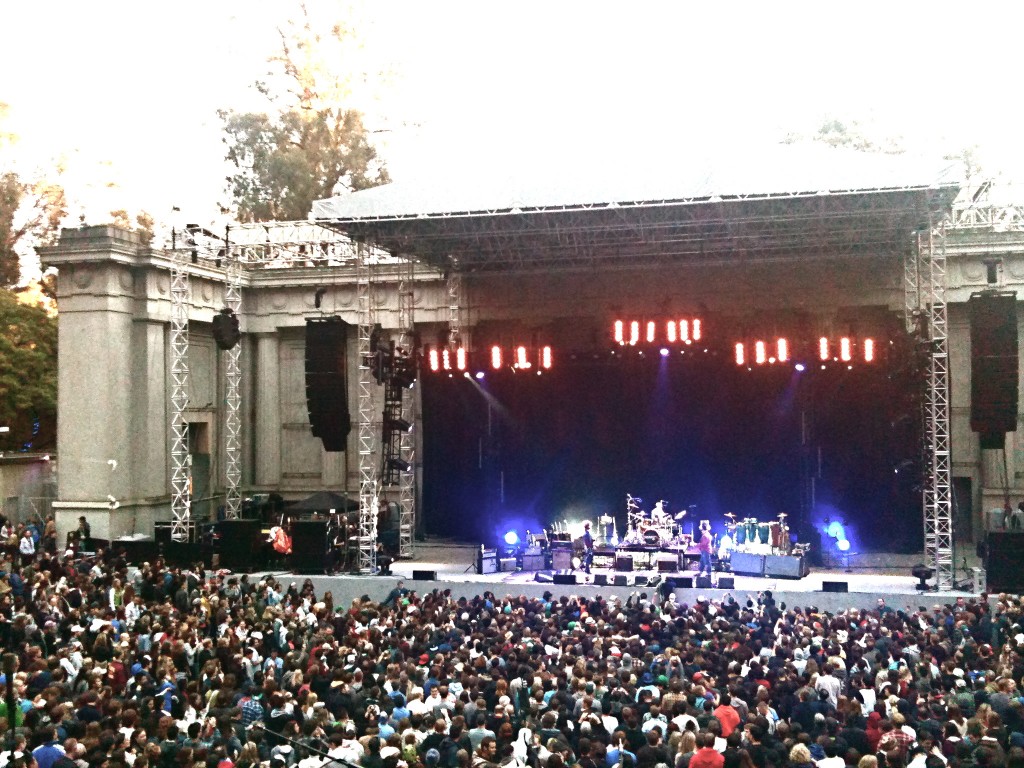 We got to Willows and had never been happier or more entertained by playing with a kitten and a baby. It was better than Disneyland. What was meant to be a 15 minute stop, turned into an hour, but we weren’t complaining. The thought of getting back into that wretched oven-on-wheels made our hearts sink (and sweat).

Finally we pulled ourselves from the cutest kid in the world and his cat and said goodbye to our dear Mandy (thanks again for hanging out with us on our way North!). And we made another looooong 2 hour trek to Mt. Shasta, CA. It was on this leg of the journey that I wrote the first paragraph of this post. It was bad. Real bad times.

Somewhere along the way, it hit me. Check the coolant level. The Pennzoil guy had filled it up yesterday, but I hadn’t checked it myself. So, we stopped for gas, and I did my duty as a car-owning individual and checked that coolant level. An hour later, I found out which cap was for the coolant (jokes), and it didn’t look quite right. So, I bought a big ol’ container of coolant (which smells delightful, btw) and started pouring.

Three quarts later (no jokes), it was full to the brim.

Holy crap. The temperature level was back to normal and we felt like idiots (I felt like an idiot…). But hey, it worked. Every few hours, we’d stop and check the level, which we realized quite quickly was leaking steadily, so we’d just keep on filling it up. The drive became much more manageable and we actually began carrying on conversations and smiling and thinking about our dreams and aspirations for our future. It was lovely.

After one of the best lunch breaks of my life (seriously…it was heaven) due to the Reed’s normal amount of gratuitous hospitality, we were on our way back to Portland. And honestly, the last 6-hour leg of the trip wasn’t that bad. Now that we had the heat off and were beginning to enjoy each other’s presence again, it was a pretty fun time.

We made a little stop at DQ on the way, got some blizzard love, got home and even made some gin and tonics, smoked some cigars out on the porch, stayed up talking, listening to 80s songs, and quoting lines from all those movies that we love.

It still brings a smile to my face.