While the old phrase (above) sure is catchy, and well, I suppose most of us probably wish we had the will power to throw out our TVs and spend all our new-found free time running, working out, hanging out with friends, or writing (another) book, it’s safe to say that most of us watch a little too much TV. So, in light of this amazingly insightful realization, I’ve scoured the airwaves and interwebs and narrowed down your search for the perfect 23-45 minutes on television for you. (Most of these shows can be found on either CastTV.com or Hulu.com.) Check it out.

I now bring you… 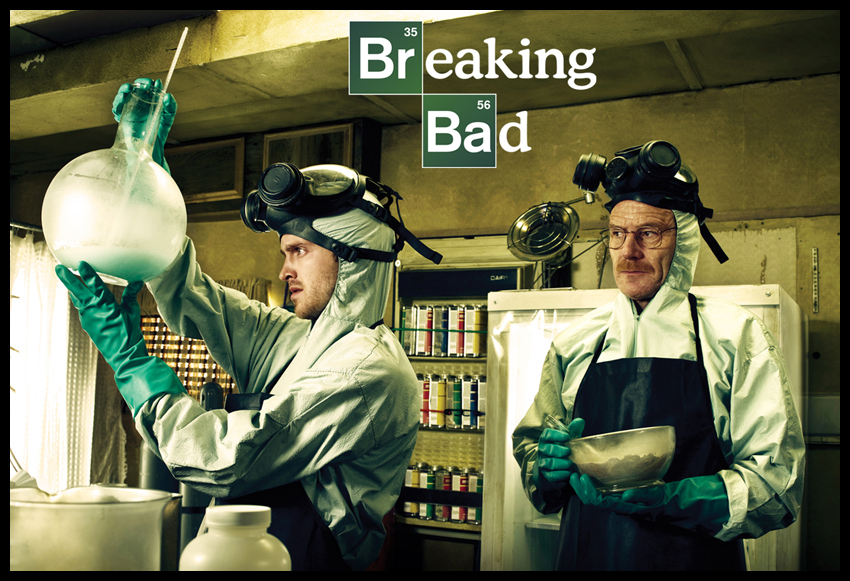 1.) Breaking Bad – The show about a high school chemistry teacher (the amazing Bryan Cranston) who, due to some unforeseen misfortunes, has to make some tough choices in order to support his realistic, yet crumbling family. Most of these tough choices revolve around methamphetamines and other narcotics. And most of these choices lead to people dying. I know. INTENSE. Yeah, it’s on AMC every Sunday night and well, the show is full of great acting, drug manufacturing, amazing plot turns, realistic characters, mucho explosions, and well…lots of drug references and adult situations. So yeah, keep the kids out of the room. But if you hear/read any of this article, and if any of this has any sort of effect on you, let it be this: WATCH BREAKING BAD. Seriously. Watch the pilot. It’ll blow you’re mind and you’ll be hooked for the next three seasons. Do it. 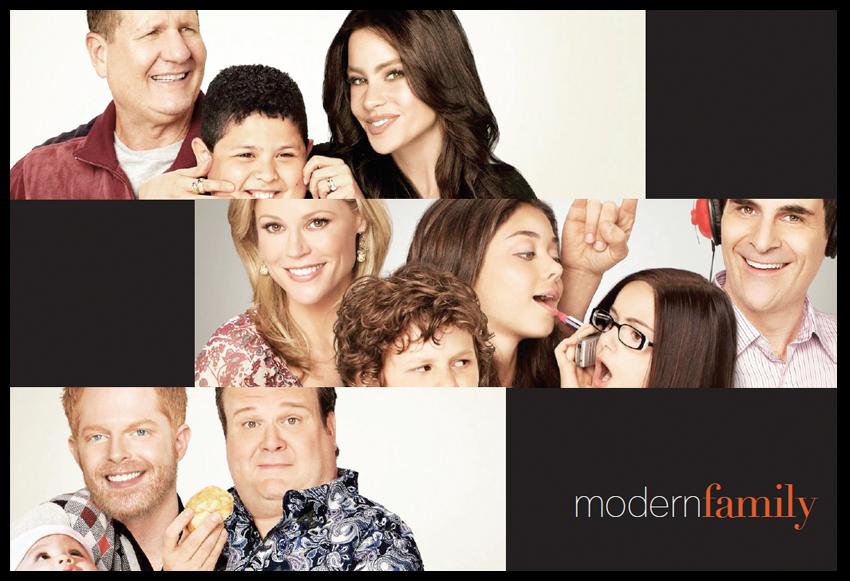 2.) Modern Family – With everpresent and everpopular shows like The Office, 30 Rock, Lost and Desperate Gleeful House Hills…(look it up) on the downturn (I know, I love ’em–some of ’em–too, but they’re not exactly living up to their old selves), we must look to newer, fresher, wiser, funnier and smarter television shows. The best example I can think of (especially out of the mockumentary comedy shows) is Modern Family. Still in it’s first season, the show dissects the balance and relationships with today’s American family structure and the often broken, disjointed manner it is often found.  And then hilarity ensues. Definitely worth your time if you think The Office + Christopher Guest movies + 30 Rock is a good idea. And trust me, it is. 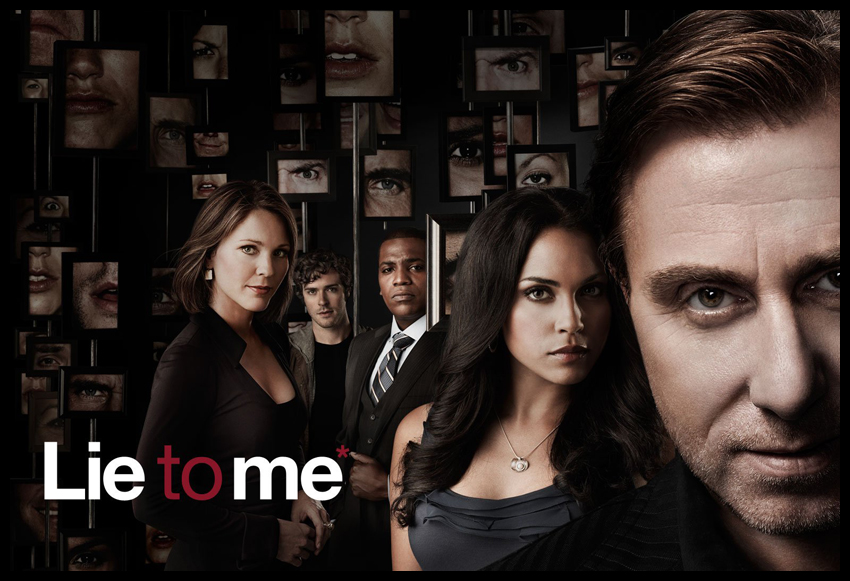 3.) Lie To Me – From the executive producers of 24 and Arrested Development, Lie To Me is based on a real-life specialist (the always eccentric and exceptional Tim Roth) who works with the government and private companies to figure out if a criminal is lying, just by using physical mannerisms and facial ticks. Yeah. Cool. I know. Each show has a 24-like feel to it in that is is based around one common goal and one common bad guy, but the show is much more intelligent and seemingly based on a much more scientific reality than most cop shows. Either way though, it’s entertaining as hell and you feel like you’re learning a bit about psychology and and the art and science of lying every time you watch it. It’s kind of like a cool Discovery Channel show, mixed with great acting, and freaking TIM ROTH! Watch this show. Season 2 starts this June. Get psyched. 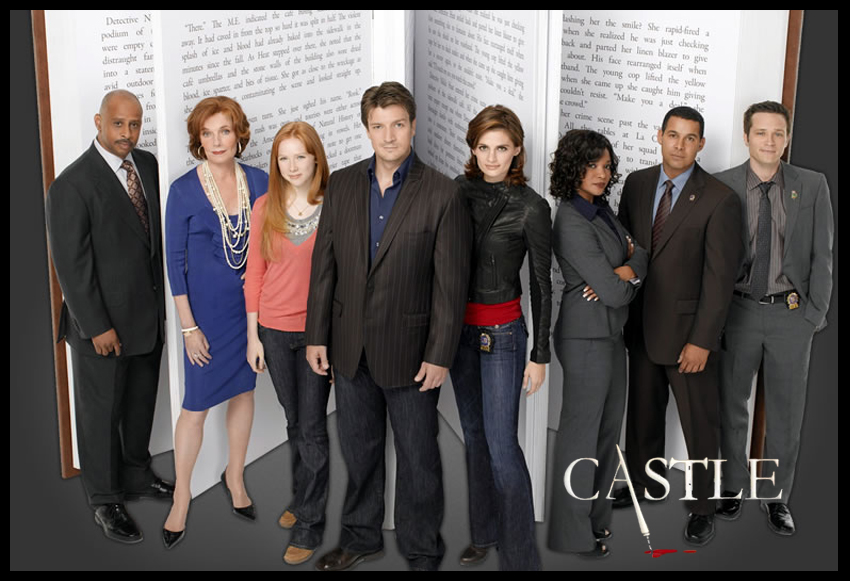 4.) Castle – Not just another cop show, Castle is all about a celebrity writer (the ever-corny, yet believable Nathan Fillion) who teams up with a beautiful NYPD officer, and in turn they bust crime all over New York City. Definitely not as dramatic as Law & Order or even NCIS (or fill in whatever cop show here), but much funnier, and much more entertaining. Kinda like Bones, except better characters and more realistic crimes and situations. Plus the characters are a bit more relatable and well…nice. Honestly, they’re some solid fake people, which is nice. Sorry Seinfeld, Arrested Development, Friends, House, The Tonight Show with Jay Leno, and [insert reality show here]. You’re just full of jerks. For those of you tired of watching shows about jerks, check out just about anything Nathan Fillion has done. Seriously. The new “nicest guy in Hollywood.” 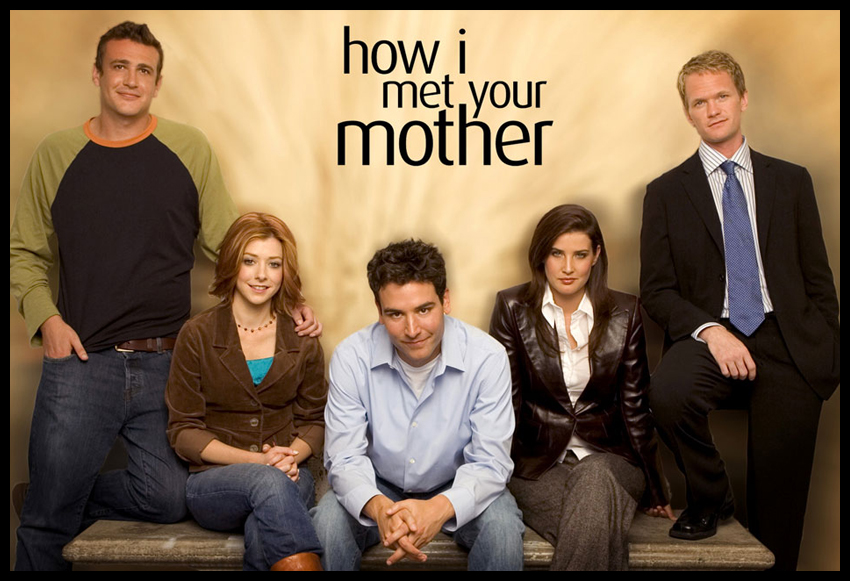 5.) How I Met Your Mother – I know what you’re gunna say already: “But Ben, it’s a sitcom. Really?” And yes. Really. It very easily rivals the sitcom greatness of Friends. I know, Friends isn’t for everyone, and I won’t start with the endless flaws of the show, but especially for my generation, I feel like Friends is the Holy Grail of sitcoms. That being said, HIMYM is far superior. Doubt? Check it out. Aside from the usual witty dialogue and the normal sitcom-y plots, the show features more inside jokes and hilarious . Plus, Neil Patrick Harris. ‘Nuff said. 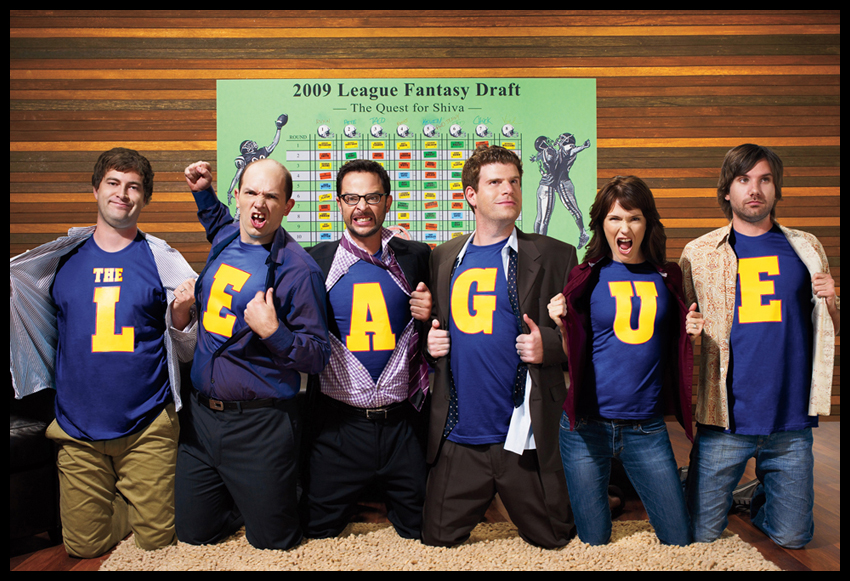 6.) The League – Like football? The NFL? Ever heard of fantasy football? So addicted to your fantasy football team that last Fall you didn’t bathe/shower for two straight weeks because you were trying to trade for Tiki Barber, but then after the trade went through you realized Tiki retired four years ago and you gave up Ben Roethlisberger and Ronnie Brown for nothing and now you’re freaking out and doing nothing except researching the yards after touch of every third and fourth string running back in the AFC South? If you answered no to two or more of the previous questions, move on to Community (below), however if you answered “yes” to one or more of the previous questions, you will love The League. Just saying. 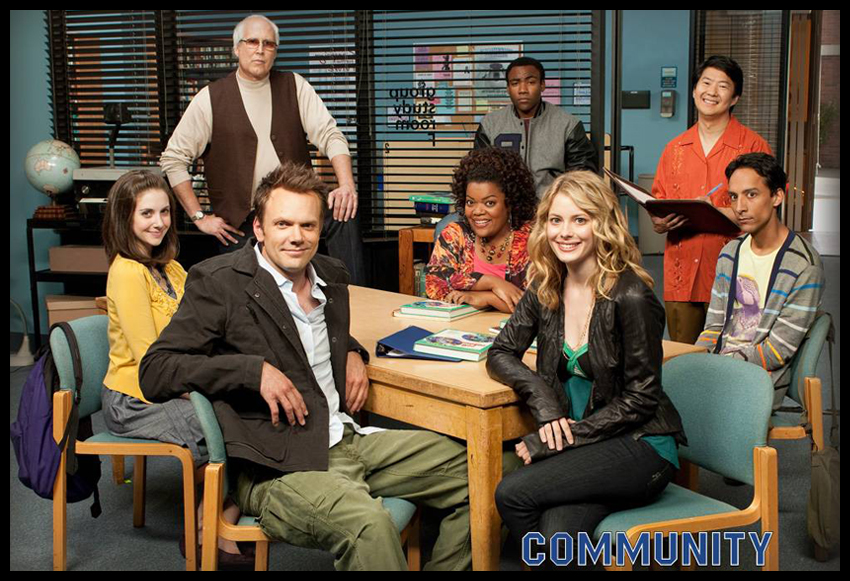 7.) Community – Ever watched The Soup (on E!) and realized that Joel McHale is the funniest man ever not to have his own show/movie? Well I have. Many times. Then Community came out last Fall and blew everyone’s collective mind. It’s pretty much The Office, except more likable characters (sorry Phyllis, Creed and the new guy…who are you anyway? No one likes you. Go back to Sabre HQ.), and placed in a community college setting. Oh yeah, and freaking Chevy Chase!!! So it pretty much destroys the competition. Seriously though, NBC Thursdays are back. 30 Rock, The Office and Community!? I know. Just do it.

All in all, I hope you’re already watching these shows. I know they’re not for everyone, but I honestly think anyone who reads this can find at least one or two shows they’re not watching that they’ll enjoy immensely. Lemme know if this list inspires a new addiction. And happy watching!