Millennials: How’s It Going to Be?

We’re in a recession, two wars, extremely high national debt,  personal debt of Americans is at an all time high, school violence seems to be increasing all the time, and FOX news has us scared sh@%less about our own personal security. By most accounts, America isn’t doing too peachy. However, and I’ve been thinking long hard about this one, maybe this is just where we want to be… 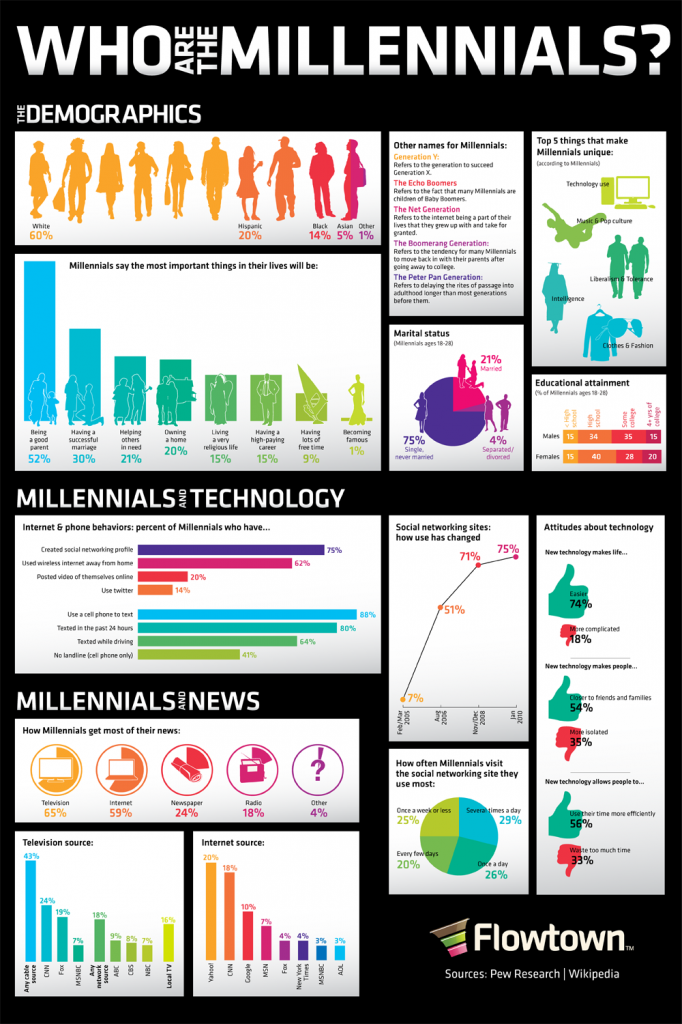 America’s youth is a common topic amidst elections, American schools and colleges, and PTA meeting across the country, and rightly so. “The youth of today are the leaders of tomorrow.” Anyone who was ever a kid has heard that phrase dozens-to-hundreds of times from school counselors in high school. But as cliche as it may sound, it’s obviously true. And the growth and development of the youth of today will largely affect the implementation and actuation of their professional careers, their voting trends, their lifestyle choices, their family structures and heck, even their styles of cars.

It’s safe to say that the media alone offers plenty of negative influences throughout kids’ lives in the United States. Being a former child who was born and raised in U.S., I can vouch for that. Not only overpowering influence of the media, but the perception of the working world, and the way people act as well as all of the small, detailed idiosyncrasies and mannerisms that are taken for granted by adults. Each of these has a strong (positive and negative) impact on adolescents throughout their development.

It isn’t too surprising that all of these factors (and plenty more) help define (or at least affect/impact) who a child become/chooses to be. What might be surprising though, is that while the world that the children of today are being born into might not necessarily be the best environment to emulate, it might be the best example of how not to live their lives.

If you grew up and saw dozens of leading banks lose billions of dollars and swing one of the most powerful countries in the world into a deep recession, based primarily on selfish and short-sighted actions, would it drive you to become more like those bankers, or less like them? If you saw the families of the people affected by the recession, the families that lost jobs or if you were a part of one of those families who had to go on welfare, who were strongly impacted by such selfish actions, how would you react? How do you think that would affect your personal and psychological development as a child? 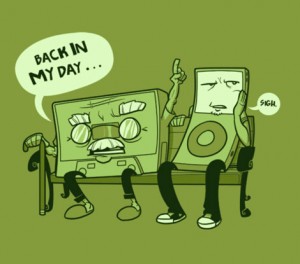 Or what if there was a large natural disaster in your city when you were growing up? What if the government did little to nothing to stop or aid your family and friends in the disaster relief efforts? If you were a part of the affected communities, how would that change your worldview? How would you act under similar circumstances 40-50 years later, if the power was in yours hands?

If you were a impressionable youth during a time when you’re country was in the middle of two wars, would that make you ignorant of your country’s policies or push you to become more informed politically?

What I’m saying, is that while there are plenty of horrible things going on in this world, there are plenty of positive things that will come out of them. The generation that was about 5-20 years old when the 1929 depression hit, is now referred to as The Greatest Generation. Their kids? The Baby-Boomers who grew up during the second world war is often characterized by having strong family values, very team-oriented and even harder working than their parents. Both of these generations had to overcome some pretty strong adversity, and both came out on top while the generations in between, referred to as The Lost Generation and The Silent Generation were never faces with such overwhelming challenges. And while there were and still are some negative characteristics of The Greatest Generation and The Baby-Boomers, for the most part each one had a much more profoundly positive impact on the entire century of Americans.

This brings us to the current generation: Generation Y, Generation Next, Millenials or even Echo Boomers. Whatever you want to call them, they’re a powerfully smart lot with an air of entitlement that so far has given them enough assertion and confidence not only to voice their strong opinions and see their actions as important, but also to see the evidence of their actions and understand the consequences of their choices, and even at times be concerned about things outside of themselves. 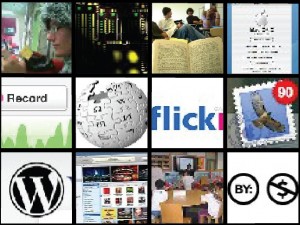 This has been evidenced again and again in the massive outpouring of philanthropy and social activism from the current young generation towards movements such as: relief in New Orleans after hurricane Katrina, the earthquake in Haiti, the longing for social change surrounding the homeless and lower class in this country, raising both money and awareness of the AIDS crisis in Africa as well as poverty worldwide, and plenty more opportunities in which this generation has taken the lead in helping to change this country and the world for the better.

I know what you’re already thinking, because it’s an easy trap to fall into. But for one second, try to forget the LeBrons, the Biebers, the Lohans, the Gagas, and all the other pretty facades of this generation, and think about who this generation really is.

This generation is active and concerned about change. They seek to better themselves by helping others. They’re multitasking, restless, computer-minded, social beings who need to feel connected with others at all times. The values of this generation seem far less concerned with the amount they have in their bank, but with the amount of food they have on their table–a value that seems to lend much more room for charity and selflessness than that of previous generations. 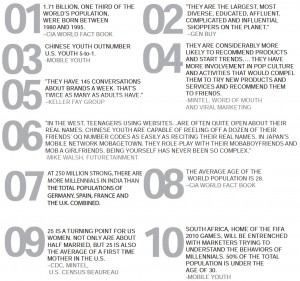 Recently, I graduated with a master of science in college counseling and student development. That’s a lotta mouthwords. Basically, it means that a small faith-based school in Southern California thinks I know enough about working with college students to actually get paid to do so. Pretty much.

So for a few years, I’ve been studying a lot about college life, adolescent development, generational differences, and the countless theories (from people much smarter than I) surrounding all of these topics. What I mean is, I’ve read up on this stuff. Whether it stuck or not, or whether my points are valid is a completely different discussion, but I at least have a rather firm foundation of information regarding this subject.

What I’m not saying, is that generations will continue to get better and better and we’re all evolving toward becoming better people each 25 years. False. What I am saying (trying to say, at least), is that this current young–teens through twenty-somethings (ish)–is much better off than they are often given credit for, often by themselves.

My point is (and sorry for not including my thesis in the first paragraph…), we’re not doomed. It’s easy to fall into the trap of vilifying the next generation of young Americans, and disregarding their actions or movements as immature or even damning. Trust me, I’m 24, and I’m already falling into that trap. But I hope that those who made it this far into this (strongly-biased) essay are able to hear, is simply that it’s okay to trust the next generation to lead us. They have some bad influences for sure, but there hasn’t been a better time in recent history to rise up and overcome those circumstances. The resources for doing so and the time for such a transition are too good to pass up, for such an assertive, intentional, active generation.

The wars will end, our economy will stabilize and eventually the banks will be regulated, but all that means is we’ll be on the brink of another set of problems. It’s time for the next paradigm shift in American culture, and whether it’s initially spurred on by technology, religion, education, or a kickass John Woo movie, it will be spread-headed by these young, opinionated, strong, intelligent, valuable members of our society.

It won’t be long until the youth of this generation really are the leaders of tomorrow. But sooner or later, “tomorrow” is going to be “today.”

3 thoughts on “Millennials: How’s It Going to Be?”