Back to Inside the Urban Classroom 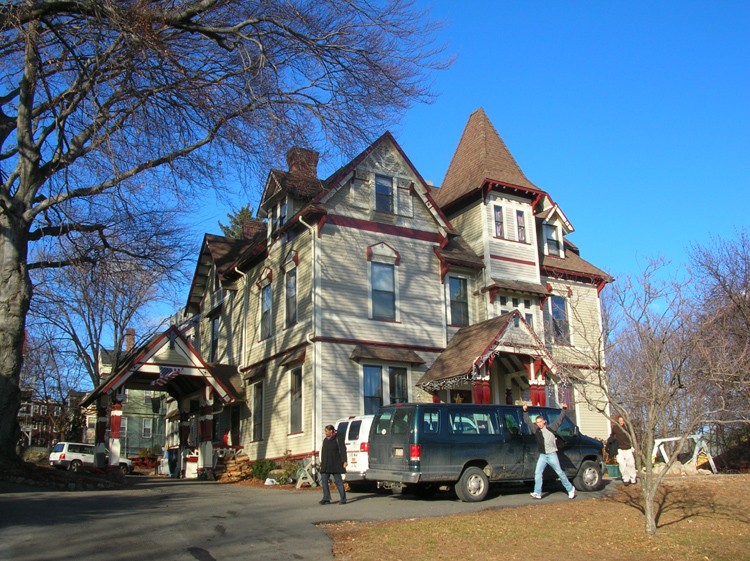 Throughout my education I have had the opportunity to be a part of several urban learning environments within higher education. Each of which helped instill in me a passion for both city life and communal learning while at the same time being able to appreciate the multi-dimensional, culturally diverse populations therein. However, my concern for students’ development within these programs first arose several years ago when I realized the many struggles and adjustments students must deal with in the change to an urban environment.

In this investigation, I will try to explore several different urban semester programs associated with private, religious colleges in the United States to better understand whether or not these programs help or inhibit students’ learning and development. As of 2005, more than fifty percent of the world’s population lives in urban environments. Because of that, as well as the growing amount of urban programs, it is important to analyze how these environments affect students. (Wheaton, 2007)

In the Spring of 2006, I was able to take part in Gordon College’s urban semester, Gordon In Boston. It took place in the urban neighborhood of Dorchester, Massachusetts, just a few miles south of downtown Boston. We lived in a community house—a large Victorian mansion, in which up to twenty people lived in at a time. 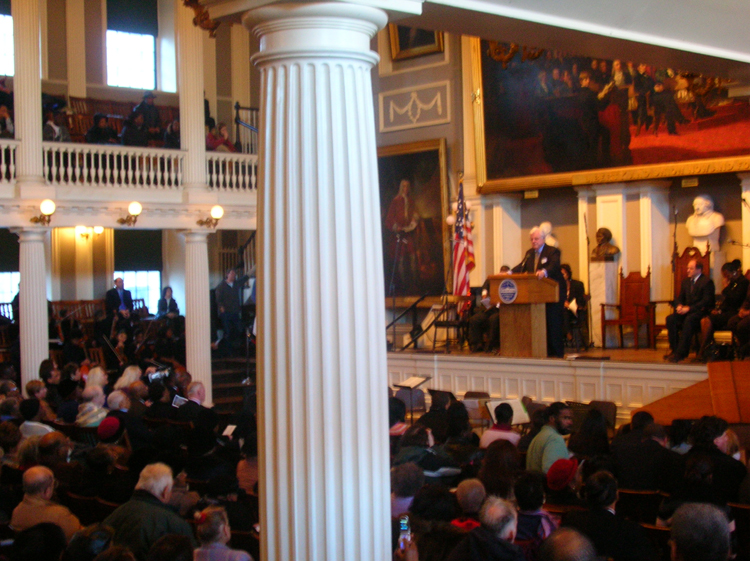 Classes and programs were all run out of the house we lived in, which meant we all lived together, ate together, relaxed together, and prayed together every single day. It was a close-knit group, but along with that came intense relationships that magnified issues over time. Community was built within the house, but along with that came slightly sacrificing the ability to create authentic relationships with people outside of our house.

This past year I have been a program coordinator for Azusa Pacific University’s urban semester, LA-Term. It is a very similar program to Gordon’s, except for the fact that students do not live together but instead live with separate homestays around the city of Los Angeles (two students per household). Another aspect that differs is that of their internships. While Gordon in Boston students are able to apply and work at just about any type of internship in the Boston metro area, LA-Term is meant for students to be able to get involved in non-profit organizations designed to directly impact the communities around them. It is a very novel approach on an otherwise classic model. As a whole, LA-Term has definitely supported my passion for urban programming.

The history of American urban college programs dates back hundreds of years when colleges were established in big cities such as Boston, Philadelphia and New York. However, programs designed for students to specifically leave their suburban environments and enter into urban experiences have only been around in recent years. The four programs I decided to focus on in my investigation are all private Christian institutions located in suburban environments with satellite campuses in nearby cities with semester-long programs 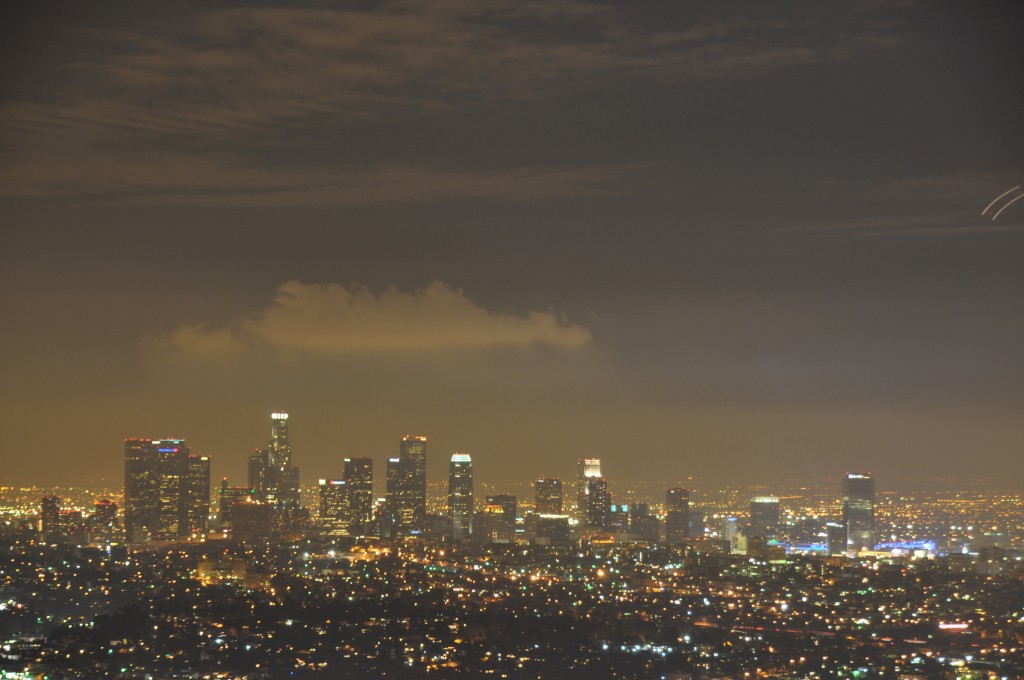 designed generally for undergraduate students. Besides LA-Term and Gordon In Boston, the two programs I spotlighted were Wheaton College’s Wheaton in Chicago and Westmont College’s Westmont in San Francisco programs.

Wheaton’s program was designed, similarly to both APU and Gordon, out of a need of students who wanted to get more involved in their nearby large city (Chicago, Los Angeles, and Boston). Because they see cities as “dynamic, living testimonies of God’s creative energies,” students work in internships designed to be the hands and feet of God in the community (Wheaton, 2010). Westmont in San Francisco is one of the more advanced and leading urban programs in the country and along with that accommodates a slightly larger staff and can accommodate more students (Westmont, 2009). Like the other schools, Wheaton and Westmont’s programs are designed to show students the city behind the façade of how city life is portrayed in most media.

All four programs have specialized curricula specific to each city. The themes between them usually involve cultural diversity, urban development, urban religious movements and some type of seminar course in which students can talk openly about what they learn at their internships. Public transportation is also an emphasized aspect of each program not only because it is a cheap, reliable mode of transportation, but also because many students today have not experienced buses or trains before. Because it is such an integral part of city-life, students learn much about their communities while taking public transit.

As a whole, these programs provide ample opportunities for students to become more familiar with the cities around them. They are encouraged to take part in community events, meet neighbors, and become as accustomed to their urban environment as possible. Each program advertises a transformational experience “through the everyday involvement in the urban environment,” in order to “establish a learning environment through the balance of theory and praxis, emphasizing an interdisciplinary approach to the study of the city” (Gordon, 2010).

While urban programs such as LA-Term and Gordon in Boston promote intentional communities and integrating with neighboring communities, at times they do just the opposite. Students are often left with heavy hearts and confused worldviews. After being confronted with the severe realities that often occur within metropolitan areas such as drug rings, sweat shops, sex trafficking, and other urban transgressions, most people need some type of support or guidance to better understand and manage the feelings, thoughts and experiences that arise. Especially at such a developmentally vulnerable time as most college students are in, they need this same support even more than anyone else. 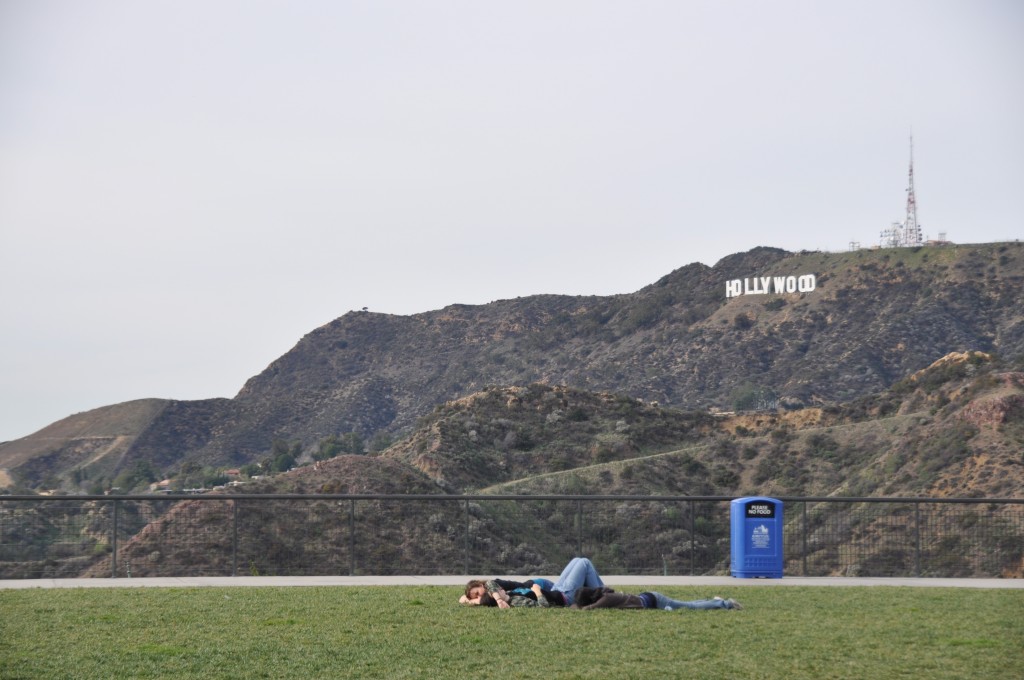 As of 2010, LA-Term boasts being the only similar program that houses students in separate homestays—as opposed to an intentional community. The plan is that students integrate with the families and neighbors, in hopes of better understanding and bonding with the communities they now live amidst. However, the potentially detrimental aspect of this is the disconnection students often feel because they are so divided amidst the city. As much as we try to help students connect during classes and extracurricular programming, there are times when some students are just not able to either comfortably integrate with the group or healthily cope with the harsh realities they are faced with throughout the program. Either situation leaves the student desiring more closure and support from the new environment.

Most programs communicate with their university’s counseling departments in order to aid in students’ experiences after they get back to the main campus, the following semester. However, often by that time, many students have already dealt with their experiences either healthily or not, and it can be too late to be as effective as if counseling were made available during their urban semester.

Through my research, I have discovered that there is not an overabundance of information regarding emotional and developmental effects of urban programs on students. In articles, journals and in other texts, I found ample reports and research on urban environments, city life, and cultural diversity within urb 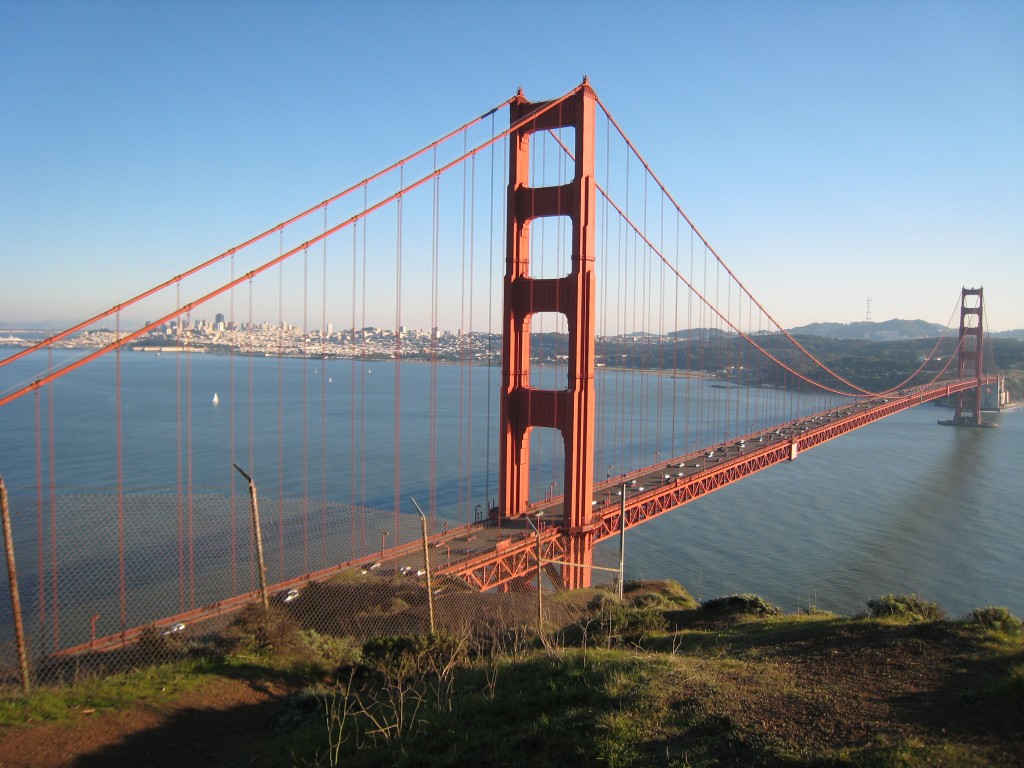 an settings, but nothing specifically focusing on what I was trying to determine. In light of this, most of my research was done through interviews of staff and students, online research of different programs, as well as personal experience in the fields of urban programming and mentoring students within these programs.

From student interviews and meetings, I was able to get a first hand perspective of just how the program directly affects students presently. These conversations were troubling at times, as students recounted stories of emotional difficulties and personal hardships, but provided me with some of the best information I received. My interviews with staff were helpful as they gave me a broader view of the programs, spanning several years, as opposed to the students’ semester-long perspective. In the end, it came down the personal relationships I had with people involved in these programs combined with interviews.

The most common theme I was able to collect was simply the lack of energy and motivation these students were left with at the end of each semester. Because these semesters are so different than what students are used to on their suburban campuses, it seemed as if they had to take on new personalities—or at least build new walls—in order to cope with the many possible risks of city life.

One quote that stood out to me was found in a newsletter from Wheaton College in which Dr. Noah Toly, director of their Chicago urban program was quoted. “One of the things I would like for our students to realize is that the city is not just a needy place,” says Dr. Toly. “Our students don’t go down for 15 weeks to fulﬁll the city’s needs and 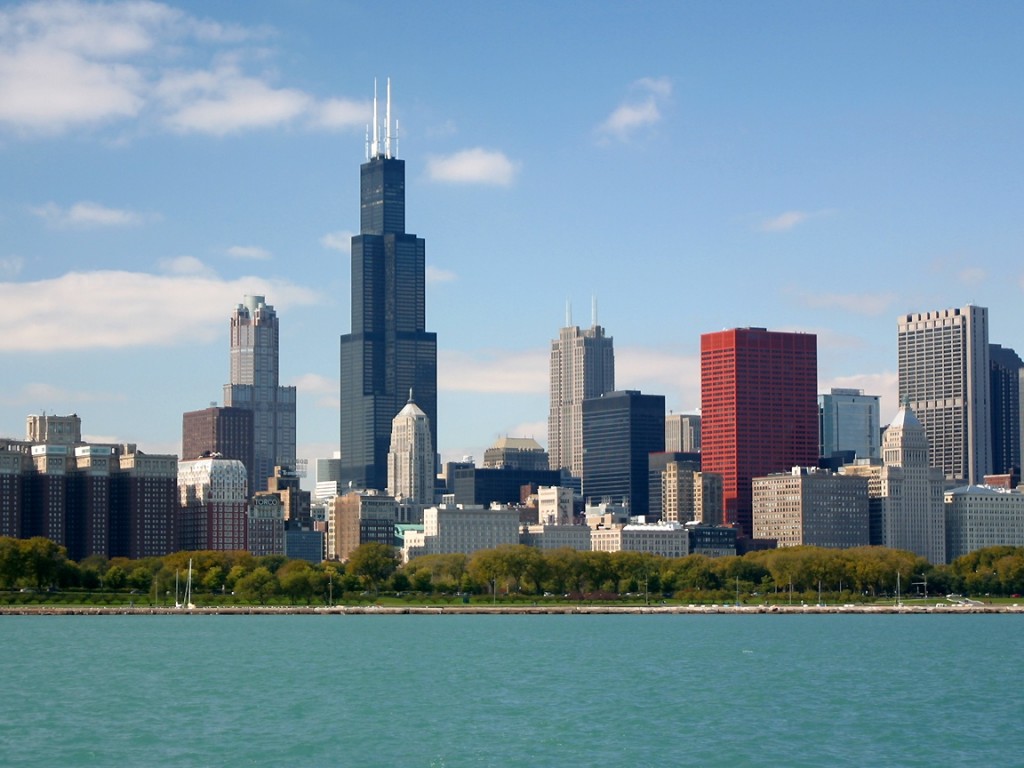 then return. Rather, in a way the city has fulﬁlled some of their needs” (Wheaton, 2007).

Another aspect that carried over throughout each program was the dualistic nature of students who often became either much more extraverted and cynical toward new experiences or conversely kept to themselves and became much more introverted, not letting anything else affect them. Each of these is a natural result of traumatic experiences, but is not a healthy method of coping with them.

Finally, I repeatedly heard several people speak of how worn-out and jaded students became by the end of each semester. Several students even referred to urban semesters being where students lost their salvation. These accusations and more caught the attention of our staff and resulted in us having to take direct actions (see Conclusion below).

Because the most apparent concern seems to be the lack of counseling services provided (or at least advertised) for students, the most obvious conclusion should be the opposite. Hopefully through clear promoting of these services made clear by staff and administration, students will be able to better cope with any discomfort or confusion they have encountered due to the program.

Another possibility is to add an addition one-credit course to each program designed to provide stability and support for students who might be struggling through these programs. It is my hope that students can successfully experience these urban semesters in positive ways in the future, being able to listen and talk with one another, and supporting each other through the exchange of common experiences and insights.

Because students often see their urban semester as a mission to save the city, they are frequently disappointed to the point of frustration and even detrimental helplessness, feeling that they can have no effect on the world around them. While this is in a way a positive realization, it can often times lead to an overall feeling of despair and even depression. A healthier realization is in being able to understand that the city is not a whole, but is made up of many people. This understanding and awareness can lead students to build personal relationships with members of the community, instead of trying to change the entire city as a whole.

This year our office took direct action by requesting the assistance of APU’s counseling center. Through this new relationship, we have been able to provide students with opportunities to meet with a counselor as often as once a week. Being too soon so solidify a definite conclusion, current results seem clear that students have responded to their new surroundings in a much healthier manner, talking with others (including staff) about their difficulties throughout the semester. Our hope is that with the utilization of a professional counselor each week, our students’ stress levels can be relieved as they begin to take part in more positively transformational aspects of our urban programming.

Back to Inside the Urban Classroom